After 2016's holiday rush and some yearend deadlines, I felt I truly deserve a break and by this I meant some dose of vitamin sea. Thing is, I couldn't miss work that long and I could only spare a weekend. I also did not want to go somewhere touristy and instead, I wanted to disconnect from the bustling city life. Somewhere with no WiFi, no party, and no traffic. And Cuatro Islas in Inopacan, Leyte was just a perfect match.

Cuatro Islas literally means four islands, which dot the Camotes Sea off the coast of the towns of Inopacan and Hindang. The four islands include Mahaba, Apid, Digyo, all within the jurisdiction of Inopacan, and Himokilan in Hindang. All boast beautiful coves and rich underwater. Cuatro Islas is a protected marine and landscape.


How to go there:

From Manila, take a flight to Tacloban (preferably take the first flight), and from the Daniel Z. Romualdez airport, hire a tricycle to take you to either DupTours or VanVan's terminal at the town proper. From there, take a van bound to Maasin City (via Baybay) and tell the driver to drop you off at the public market of Inopacan. Travel time is around 3 hours if taking the passenger van, and about 2 hours when taking a private van. Once at the public market, walk towards the Municipal Hall on to the back, which is the baywalk. There, you will find the registration area and the launching pad of the boats that you can hire to go to Cuatro Islas.

Guests from Cebu may take the Cebu-Ormoc ferry and from Ormoc may take a van bound to Maasin City via Baybay. If the Ormoc Airport will continue to be operational, and if finally our local carriers are able to offer flights from Manila to Ormoc, the trips to Cuatro Islas will be relatively shorter and faster.

Boat Rates:
Tourism in Cuatro Islas is under the watch of the local government unit so boat rates, cottage rentals, and entrance fees are standard.

Out and About:
Our first destination was Apid Island, the farthest of the four. Apid is an inhabited island with a nice shore and clear waters. If I remember it right, Apid Island is the most populated island among the four. When we went there, there are a lot of people because it coincided with the island's "fiesta". 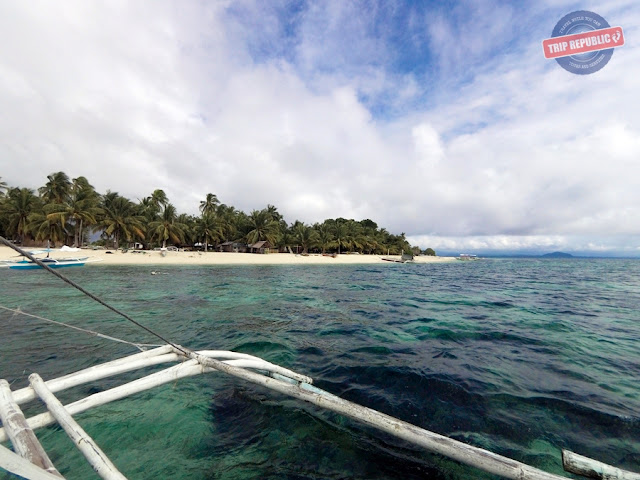 While the waters here is inviting, you may prefer more solace and quiet. Don't worry, as the next stop is the perfect fit. Not too far away from Apid Island, in fact it's just across, is Digyo Island. It is for me the most stunning among the Cuatro Islas.


Our second and major stop was Digyo Island, which appears to me as a miniature version of the popular Kalanggaman Island in Palompon. Its size, however, does not make the island any inferior. Its sandbar is glistening with white powdery sands that shifts shape depending on the waves. The water, azure and glass-like.


This island is the usual stopover for lunch, or the base for those who would like to stay overnight. It has a decent toilet and bath that is shared by no more than 10 closed cottages and a number of open ones. The closed cottages have a native bed but do not have mattresses, so if you plan to stay overnight, best to tuck a sleeping bag and a travel pillow in your luggage. There's no electricity on the island but it has several solar-powered lampposts to illuminate the night. You may also rent or bring a tent and pitch it for a minimal cost. You might find it uncomfortable and hard to sleep on a wooden bead or a tent so if you plan to stay overnight, I suggest you bring a sleeping bag and travel pillows with you. Do not also forget to bring insect repellent. At night, it could get breezy, so there is no need for aircon or electric fan, except during summer when it is hot and humid. There are also stores where you can but snacks and booze.


Besides swimming and beach bumming, I was told that the underwater here is worth checking out, but we were not able to explore it due to the strong current during our visit. Digyo is a perfect venue to disconnect from the city life. No frills. We stayed a night here so that we could explore the other two islands the following day. It's very relaxing to just hear the sound of the waves and feel the calming sea breeze.

The night fell and since there's nothing to do on the island, I took that as an opportunity to do what I feel I needed most--REST. It was one of the soundest sleeps I've had so far in my life. I was like a lamp that was suddenly switched off.

The morning after, we woke up early to have coffee and prepare for our next journey. Our flight going back to Manila was at 5:00 pm so our guide said we must finish the two remaining islands and be back to the mainland by around 11:00 am.

Unlike our first day, the weather was better this time around. The sun has peeked into the clouds, and warmth has finally hit our cheeks!

From Digyo Island, Mahaba Island is about 30 minutes away. Like Apid, part of the island is inhabited, however, it is not as crowded as the former. It also has a very nice stretch of fine white sands and the underwater scene is beautiful. We were able to snorkel here (although we brought all our gears as there are no gear rentals in Cuatro Islas) and saw a good variation of marine life. There's a part that looks like an underwater cliff/wall so make sure you wear your life vest all the time. 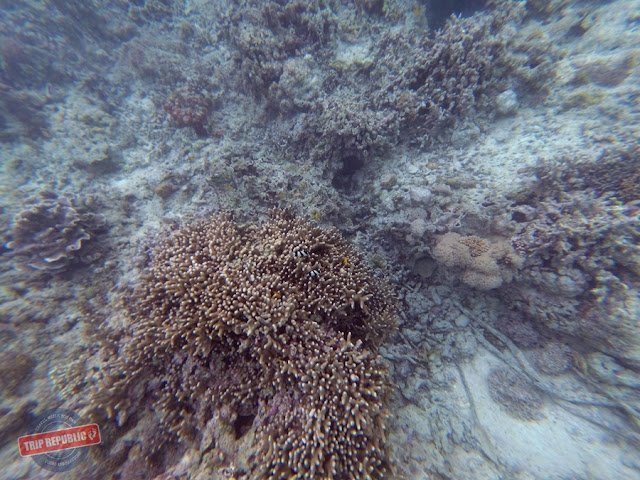 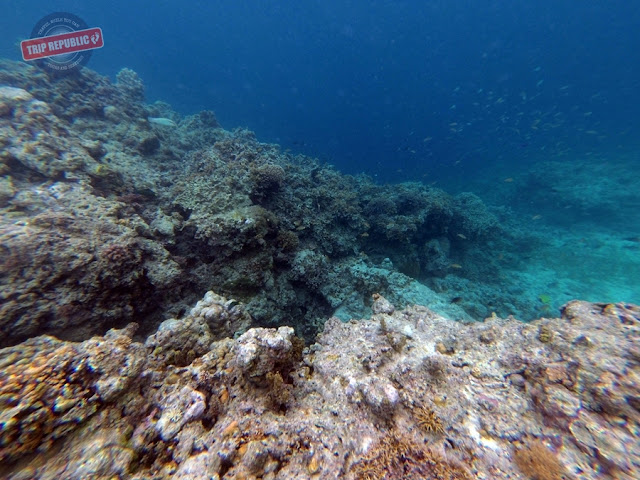 Last but not the least is Himokilan Island. As mentioned earlier, it is the only island among the four that's not part of Inopacan and is instead under the jurisdiction of Hindang. The sand here may not as glisteningly white as the others, but the underwater scene more than make up for it. You can also go around the island and appreciate the beautiful rock formations that look like they are sitting on deep blue waters.

So how do I find Cuatro Islas? For me, it is a decent getaway for a weekend; might be very basic and Robinson Crusoe style but it definitely sets a great backdrop for that well-needed rest and disconnection from the hullabaloos of city life. If you have the entire weekend to spare, go and visit all four islands. However, if you can only go for a day, you may want to concentrate on Digyo and Mahaba islands, my two favorites!

Where to eat:
Most of the tourists bring their own food to the islands. You may also order packed lunch from the restaurant near the launching pad. This has to be done in advance. If you are bring food (and most likely you will), please make sure to throw your garbage properly. There's no "garbage in, garbage out" policy yet in Cuatro Islas but it will make a big difference in the long run if we start practicing this. Just bring a huge garbage bag with you for all your trash while island hopping, and throw it at the designated trash bins when you go back to the mainland. It's that easy.

offers tours to Eastern Visayas and a variety of places in the Philippines
To learn more our packages,
you may email travel dates and number of persons
at thetriprepublic@gmail.com,
or through mobile at +63998.8644143.

You may also check out www.triprepublic.net