The Parola at Gigantes Norte

On our second day at Islas de Gigantes, we woke up early to start our fully-loaded itinerary for the day. And by that I mean really early, like we had to get up at 5:00 am so that we can take turns in using the bathroom. At 6:00 am, coffee was ready for us at the verdant lawn of the Gigantes Hideaway Tourist Inn (contact Joel Decano at 09184685006), and at 6:30 am, three motorcycles fetched us from the inn and chartered us to our first destination - the Parola. Fare is Php 75 per person. Each of us also gave Php 20 to the caretaker.

The road to the Parola is concrete and narrow. On our way, we passed by some forested cliffs. A bit creepy but, well that's part of the deal! We passed by some sharp curves and stopped at a spot where we had to walk uphill because the road is rough and unpaved so the motorcycles cannot pass through.  Little did we know that this "walk" will serve as our warm up for the coming activities later that day.

So after about a 10-minute walk, we finally reached the site of the old lighthouse's ruins. If you have been to Guisi lighthouse in Guimaras, you would notice that the ruins around the Parola at Islas de Gigantes looks almost the same. The Parola is built during the Spanish era to guide the ships going to Cebu and Masbate, passing through the epicenter of marine biodiversity in the world, the Visayan Sea. Though the old lighthouse in Gigantes Norte is not existent now, a new lighthouse was built.

You can actually climb your way up to the top deck of the lighthouse as there are sturdy ladders open to the public, unlike in Guisi where you have to go one by one because the old lighthouse is dilapidated and can collapse anytime. The thing is, my fear of heights forbade me to go up, but my friends did.

I must admit, I envy them when I saw them up there! It must have been a nice experience to see a 360-degree view from the top. Oh well, next time I'll try to conquer my fear of heights!

From the top, they saw a nice panoramic view of Islas de Gigantes, and a bit of the island of Masbate. 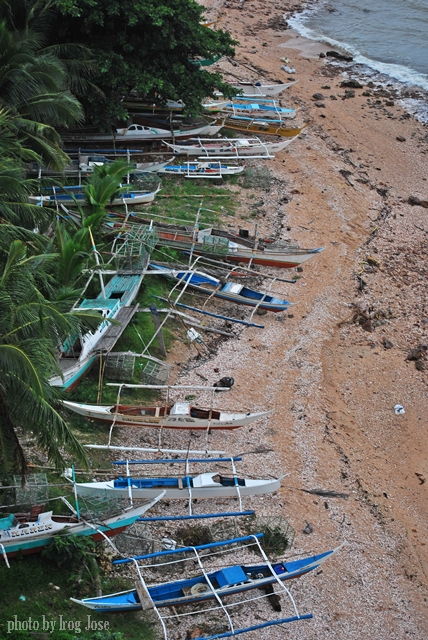 There were several things we had noticed on our way to and from the lighthouse. First, there were no other vehicles at Islas de Gigantes except motorcycles (or at least we didn't saw any). So, people either ride the motorcycle, or walk. On our way to the Parola, we saw some kids on their way to school, which is located in front of Gigantes Hideaway Tourist Inn, walking. They do not seem to realize how far the distance is,  or they just don't have a choice. Imagine, in Manila, when I walk from Ayala to Greenbelt 5, I complain head on, while these kids do not mind walking the distance at all. I salute these  kids - all for the love of education.

Second, scallop shells are everywhere! These tiny shells must be turned into something - like crafts, construction materials or whatever. There's too much potential in it that it is such a waste to just throw it around the island and let the bugs feast on  it. A kind of sustainable livelihood program using these scallop shells should be implemented.

Lastly, at the "entrance" to the lighhouse, we saw a huge hole. If this is something that the 'treasure hunters had created, we don't know. Are there still some 'gold diggers' looking for buried treasures at Islas de Gigantes? The quest continues. 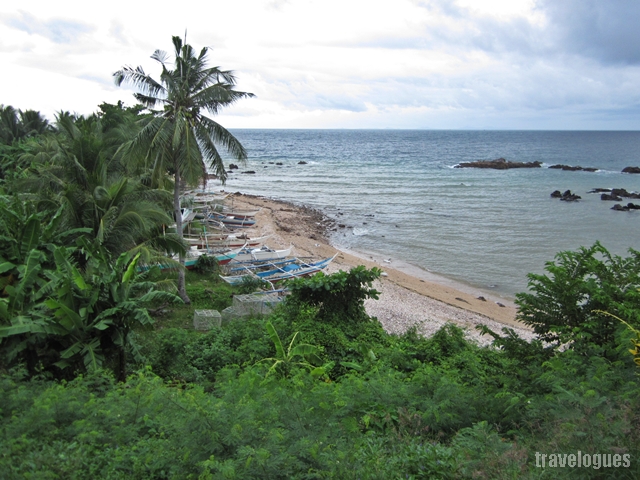 So at around 7:30 am, we went back to Gigantes Hideaway Tourist Inn for our breakfast and our second and much-anticipated itinerary for the day - island hopping.