Iloilo In Less Than 12 Hours

We left Guimaras at around 11:00 AM, and since our flight back to Manila  was at 8:30 PM, we maximized our stay and roamed around some old churches in Iloilo. Originally, the plan was to go to the UNESCO Heritage Site, Miag-ao Church, but we figured out we might end up visiting only one church due to its distance and the time constraints. So we decided to reserve the Miag-ao visit in the future.

From the Parola wharf, we rode a jeepney and asked the driver to bring us to La Paz market where we plan to have our lunch (my next post will be about La Paz Batchoy, so watch out!). From the La Paz market, we took a cab going to UP, and from there we boarded a jeep to Villa. We told the driver that we will alight at Plaza Molo. Fare is Php 8 per pax. In less than 10 minutes, we were already at Plaza Molo. We crossed the street and headed to Molo Church.

There was a funeral when we got into the church's premises so we just went inside for awhile and left.

This 1830's church is one of the oldest and most familiar landmarks in Iloilo. The Gothic-Renaissance architecture reigns both in its interiors and exteriors. The church is made from coral rocks, egg whites and sand, just the same as the Baclayon Church in Bohol. 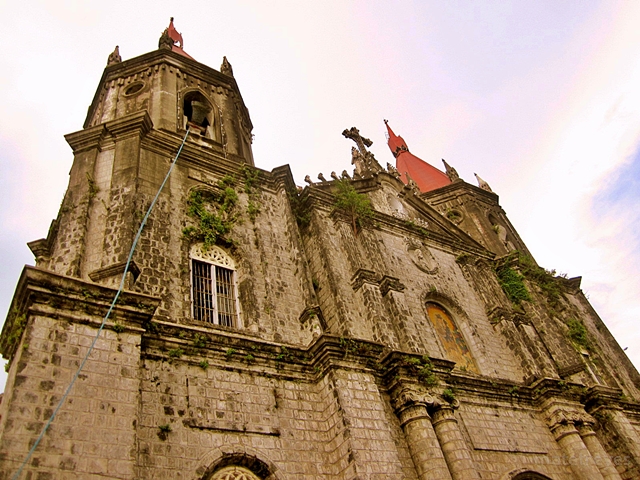 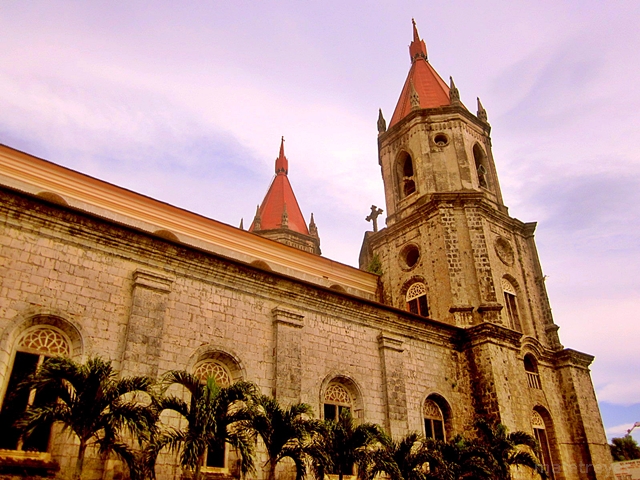 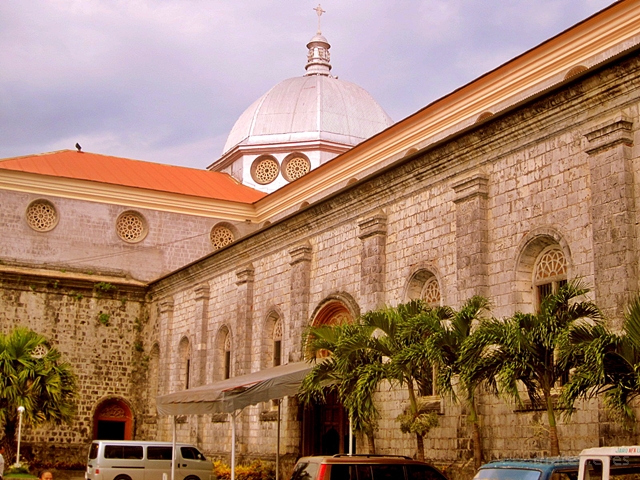 The National Historical Institute declared it a national landmark in 1992. 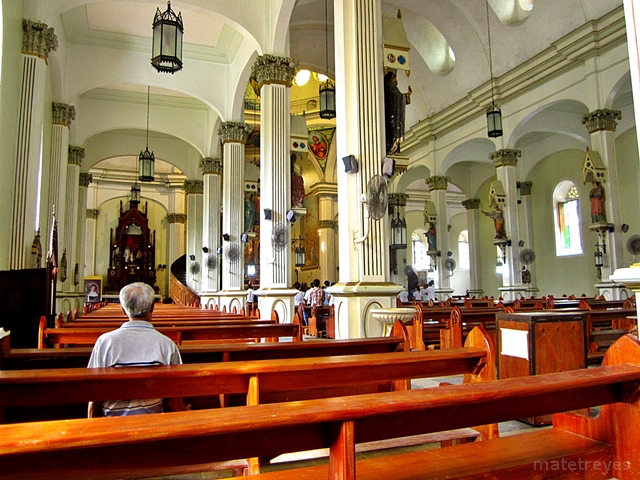 On our way out, we saw a statue dedicated to Blessed Pedro Calunsod, a soon-to-be Saint. 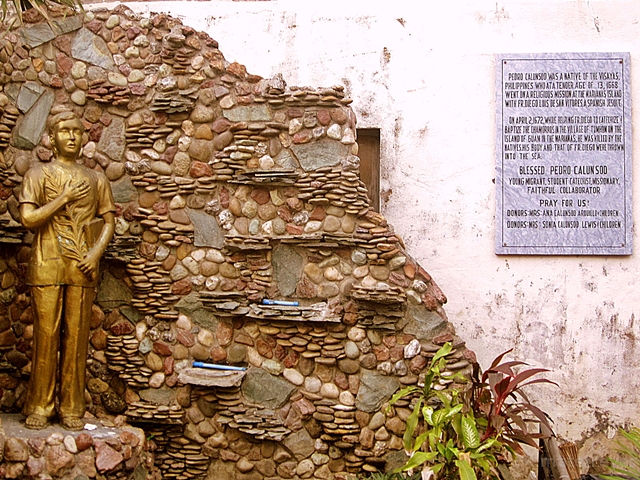 We were disappointed though that the plaza in front of the church was being renovated and so it's closed to the public. After taking some photos, we walked towards the other side of the church to ride a jeepney going back to the stoplight -- the crossing near UP. A jeep to Leganes and about 30 minutes of heavy traffic led us to our next destination -- Jaro Cathedral.

It was built in 1864, the year it was hailed as a diocese. Outside the church is a stairway leading to a veranda where a statue of Nuestra Senora de la Candelaria (Our Lady of Candles) is located. The veranda also provides a panoramic view of the Jaro belfry and the plaza. 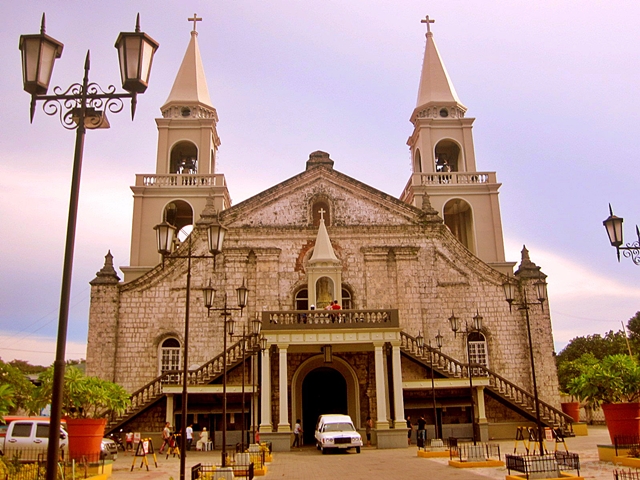 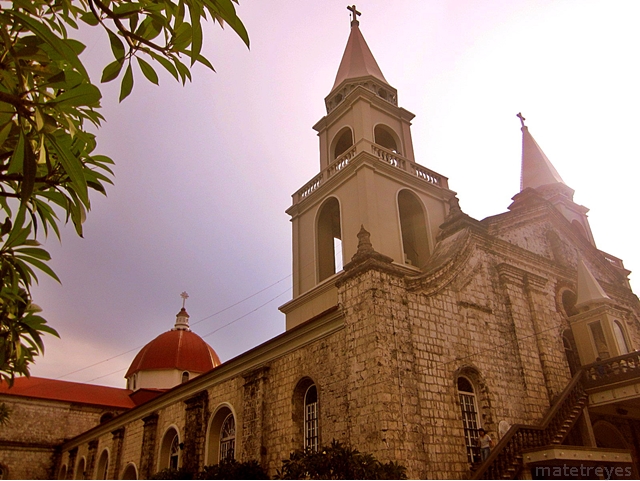 The Jaro belfry has witnessed the city’s development in 300 years. The three-leveled structure is made of bricks and limestone rocks. It used to serve as a watchtower against invaders. It is also used to call people to mass and announce important updates to parishioners and locals. The belfry has undergone several restorations due to damages caused by earthquakes. 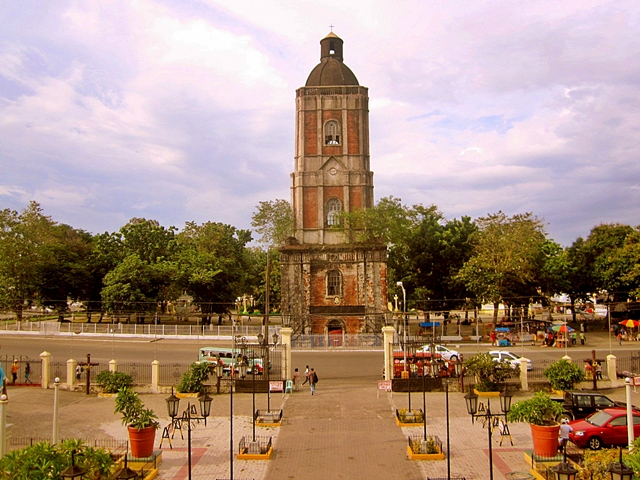 From the Jaro Cathedral, we walked towards the corner  where jeepneys bound to SM Iloilo pass by. In about 10 minutes, we arrived at SM Iloilo and went straight to the Travellers' Lounge to leave our baggage. It's a good idea to have this kind of lounge as it is very convenient for travellers, especially to backpackers. There are clean shower rooms that you can rent for a minimal fee, as well as restrooms and lounge areas. The staff at the Travellers' Lounge would also be happy to assist you on flight bookings and other transportation services. I hope airports and other malls nationwide would also create a lounge like this. 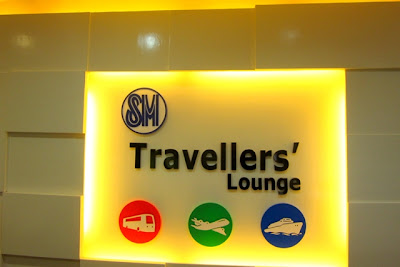 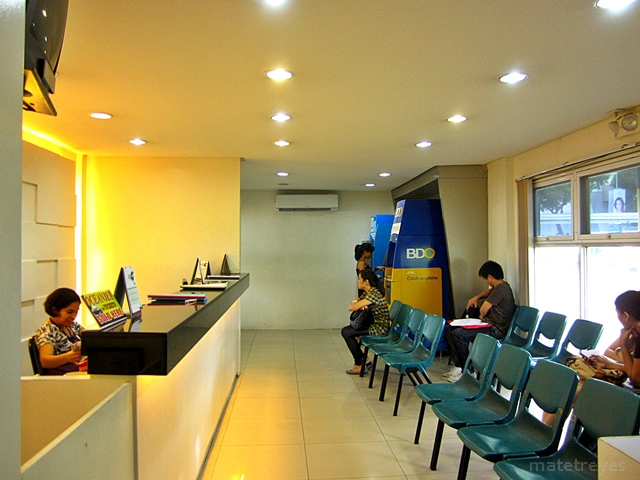 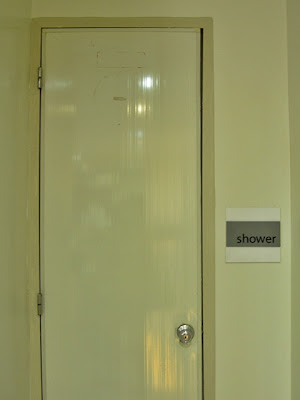 Upon leaving our baggage at the Travellers' Lounge, we went inside SM and used our remaining time to do some last minute pasalubong shopping and eat early dinner. We also came across Tibiao Spa, a fish spa haven that is becoming popular in the Visayas. 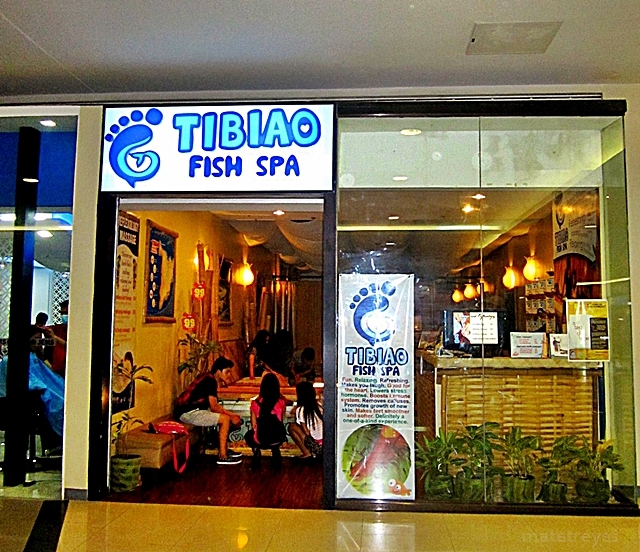 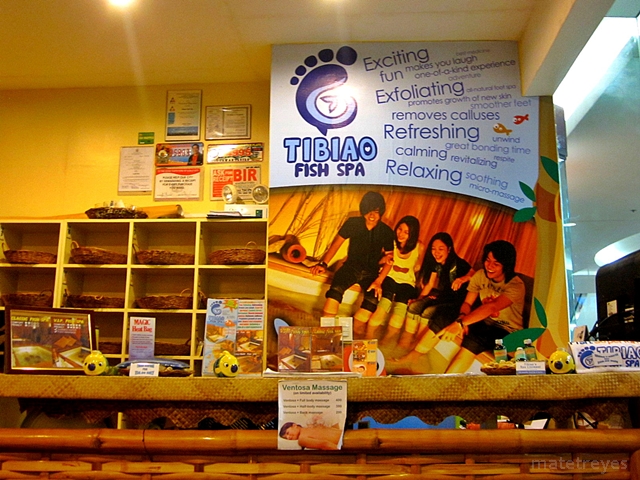 Fish spas are a form of ichthyotherapy that use small fish to clean the skin. The concept is similar to that of Zenyu Ecospa at Hotel H2O (Manila Ocean Park) where small fishes nibble on your feet, hands, or even your entire body while you are submerged in a fish jacuzzi (an aquarium-like tub). 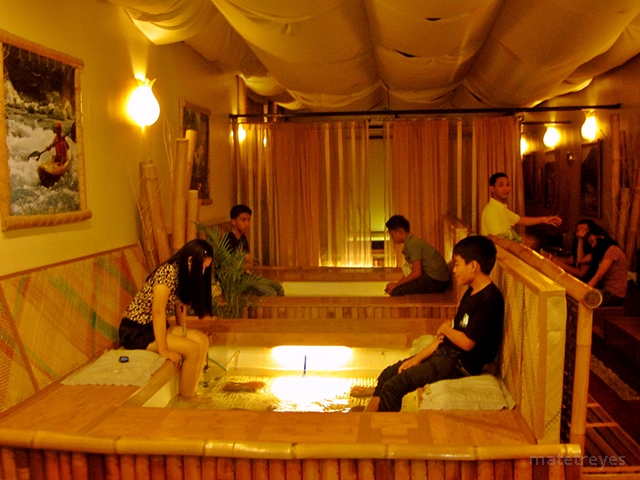 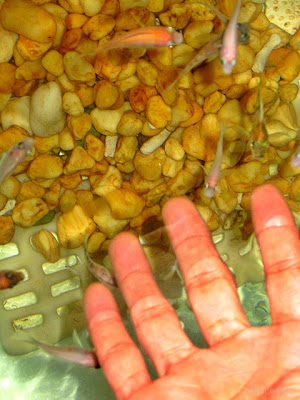 Tibiao Fish Spa originated from Tibiao, a town in Antique, through its proponent, Flord Nicson Calawag. Just recently, the owners of Tibiao Fish Spa also introduce Tibiao Adventure Tours. The package includes exploring the eco-destinations in Tibiao, Antique, as well as another unique spa retreat -- Kawa Hot Bath. Just by looking at the brochures we have got from Tibiao Fish Spa made us want to go to Antique soon! Taralets! 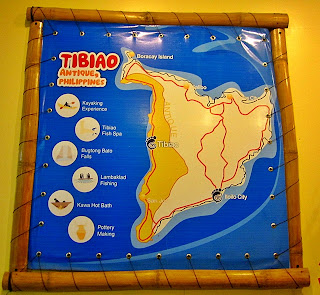 Our last stop was at Mang Inasal for our early dinner, and off we headed to the airport. A few steps away from the Travellers' Loung is a terminal where airport shuttles are. The last trip is at 6:30 PM and fare is Php 70.
Labels: Antique Iloilo Jaor Cathedral Jaro Belfry Molo Church Tibiao Tibiao Fish Spa Travellers' Lounge