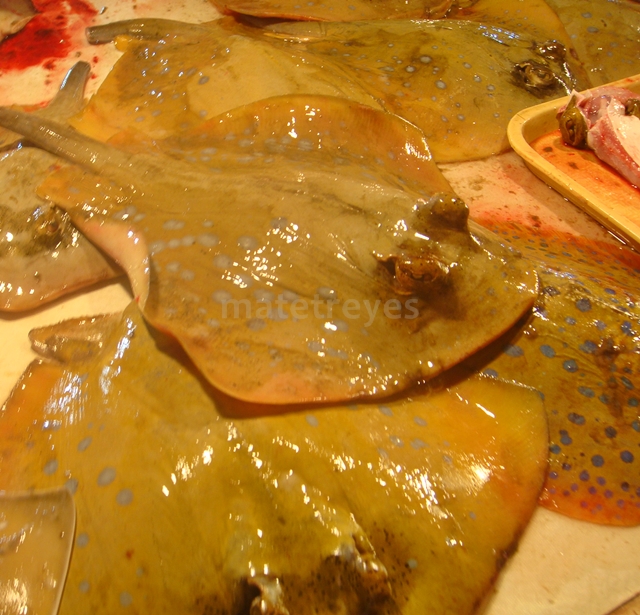 After our exhausting walking city tour of Masbate, we went to the wet market to find some things we could bring to our Buntod Reef escapade the next day. We originally planned to get some crabs, prawns and oysters, but apparently, these are not Masbate City wet market's stars. Guess what we saw on the busy stalls? Stingrays, sharks, shells and squid. And they seem to be the most popular finds in there!


A kilo of stingray costs Php 100. They already removed the tail which is poisonous. I was really surprised to see these being sold in the market. All the while I thought catching and selling stingrays, along with sharks, are banned in the Philippines. But when I searched Google about it, this is what I saw:


MANILA, Philippines — Citing a worldwide call from conservationists, a senior administration has sought stiff penalties for catching, selling and importation of sharks and stingrays in the country.
Rep. Rex Gatchalian (NPC, Valenzuela City) has filed House Bill 5880 that will make it unlawful for any person or corporation to catch sharks and stingrays in Philippine waters or to sell, purchase, possess, transport and export these endangered species.
Gatchalian said the measure also makes it unlawful to wound or kill sharks and rays, unless there is a threat to human life and limb, even in the course of catching other species of fish. “In case a shark or a sting ray accidentally gets included in the catch, it should be immediately released unharmed.”
The Valenzuela City solon noted that while sharks and sting rays have not been officially declared endangered, conservationists have noted that population has drastically declined over the years not only because of environmental degradation but also due to overfishing for human consumption. Shark Savers, a conservation group, said millions of sharks are killed annually, which has resulted in a 90 percent decline in the shark population.
Gatchalian said the government should recognize the significant role of sharks and rays in promoting the ecological balance and protection of coral reefs. The bill provides stiffer penalties for any person who undertakes illegal acts such as selling, purchasing, possessing, transporting, exporting and importing the said species.
Under the bill, violators face penalties of one to six years imprisonment and fine ranging from P5,000 to P500,000 or both.

So, apparently, there is no law yet banning anyone from catching, selling and exporting these poor little endangered species. The bill has just been passed not more than a week ago, and it will definitely take time before it gets the nod of the respective government branches. Sigh.

Going back to our "seafood hunting" escapade, my friend decided to buy a kilo of stingray and shark out of curiosity. Sharks are also sold at Php 100 per kilo. The fins were not included though because some locals said some even sell those for Php 8000 apiece.

These shells are usually used as home decor, but in Masbate, they eat its meat! 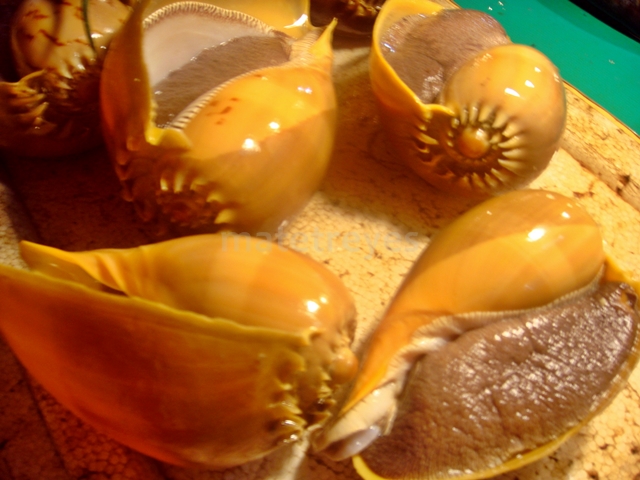 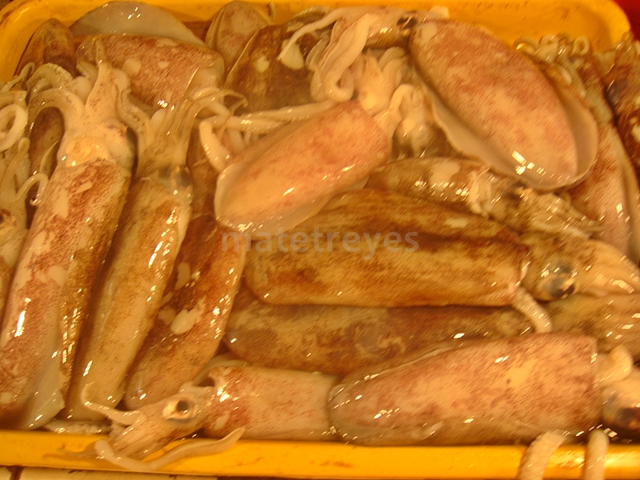 When we got back to the hotel, we asked the staff if they can cook the shark and stingray for us. They were too kind to agree and even waived the cooking charge for us. Nice!

And now, here it is - Ginataang Pagi (Stingray cooked in coconut milk)

My hubby, our friend and his brother like this so much that they even brought it to Buntod Reef the next day. 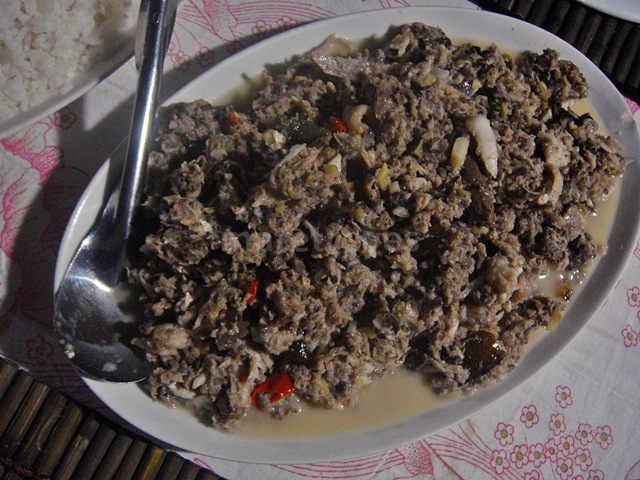 Liempo? A big NO! These are the slices of shark meat marinated in calamansi, soy sauce and garlic, grilled to perfection! 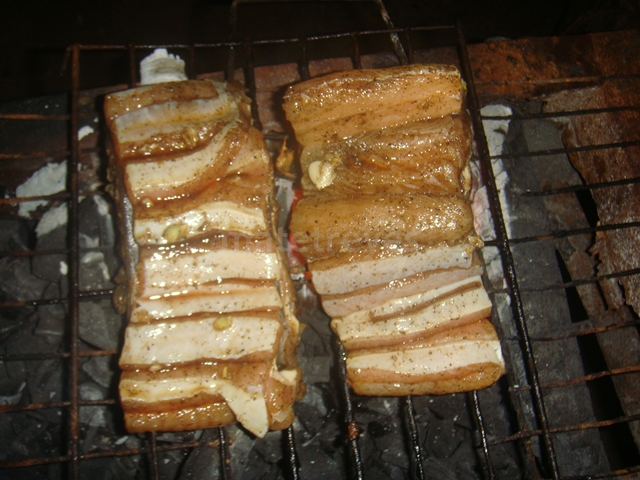 And when it was served to us, we couldn't help but dig in the tender and succulent meat! Believe me, it tastes like liempo! Even better. 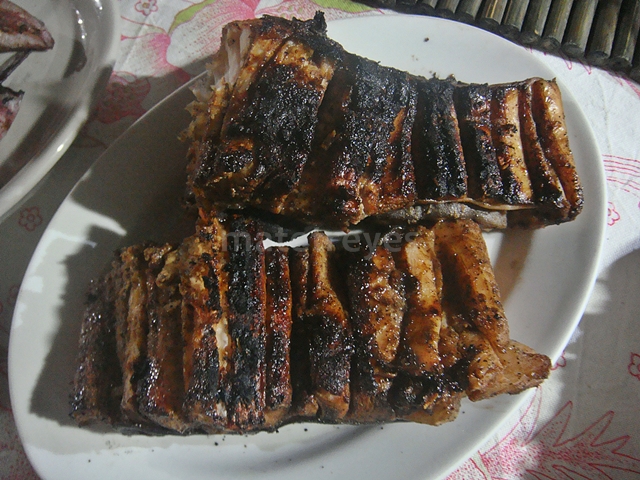 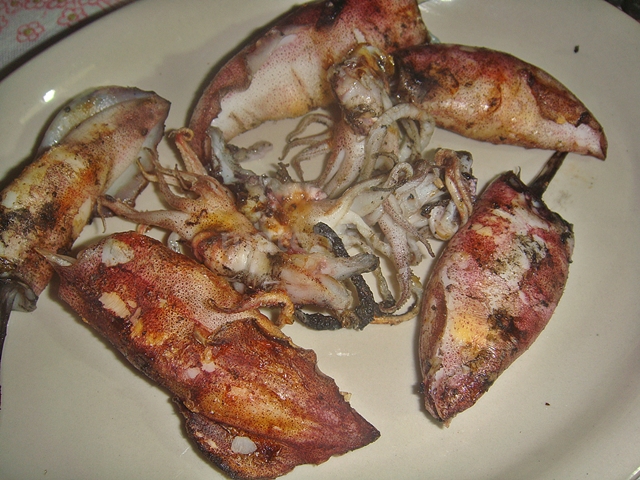 We also met some friends in the city whom invited us to a house dinner. They served us this yummy shell dish! My hubby almost finished half of this bowl. 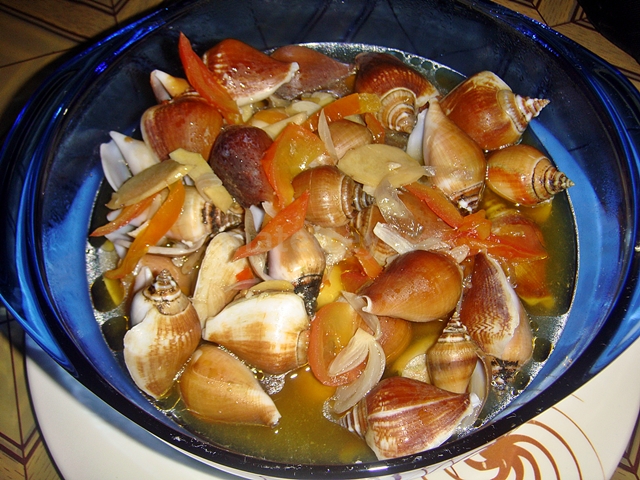 Remember I told you about how abundant squid are in Masbate? Here is the proof, two gigantic squid coming up! 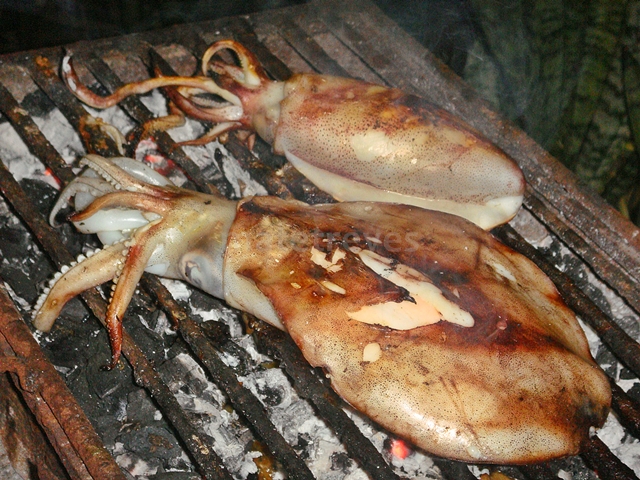 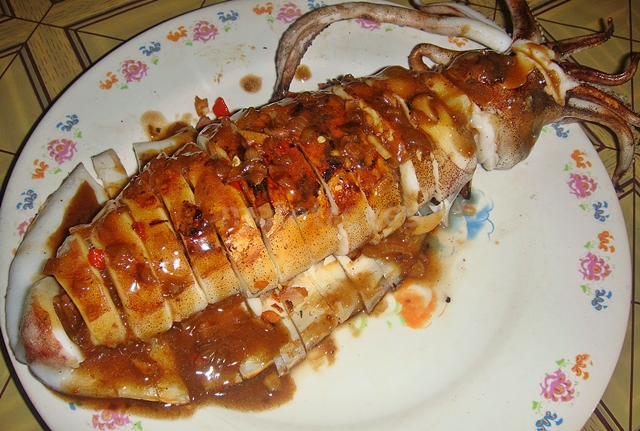 Though Masbate City is one of the less famous tourist destinations in the Philippines, it still deserves a visit. With all these yummy and unique seafood finds, and the pristine sand bars, I do not understand why people are afraid of going here. Flights are so cheap, and one can even take the bus and RORO. Accommodations are also cheap. Siquijor was once dubbed as the land of sorcerers, but has now gained popularity from tourists worldwide. I hope Masbate will take the same path to stardom in the not so distant future.
Labels: Food Masbate