Yearly, I and hubby celebrates our birthday with a "major, major" trip. So this year, we decided to go on a 4-day Naga-Caramoan trip. Thanks to Cebu Pacific's piso seat sale, we scored our RT tickets at P900+ for two pax.
Cebu Pacific's flight to Naga utilizes an ATR plane. Remember my post about ATR's and Q400's in my Coron post? Yeah, I was nervous while we wait for boarding, as I smell flight cancellations that day since the weather was quite mad. 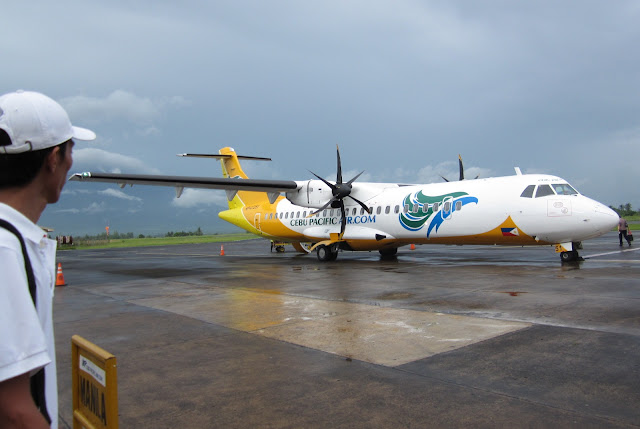 But then, when we were asked to board, I almost jumped in excitement! 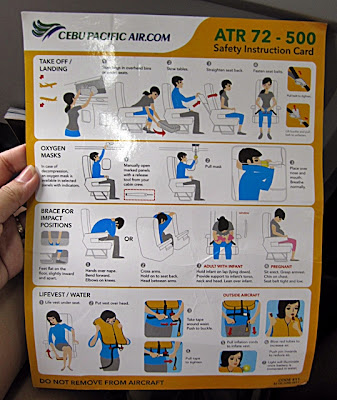 ATRs are said to be unable to withstand bad weather conditions and are more susceptible to flight cancellations. That is why until we took off, I am still crossing my fingers that we land safely in Naga.Airphil Express Q400 aircrafts are faster and tougher than ATRs. So next time you book a Turboprop, check if it's Q400 or ATR.
So while praying aboard, I kept myself busy by taking aerial photos. I love taking aerial photos because it makes me feel as if I am on top of the world, literally speaking. 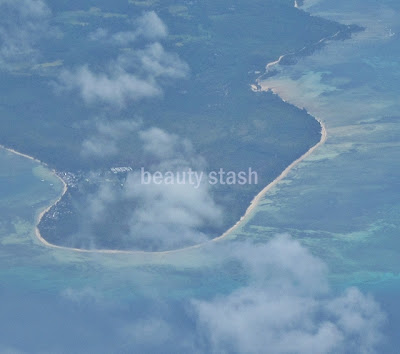 i saw some islands  and sandbars. It makes me more excited! I am not sure if these are still part of Camarines Sur, but one thing is for sure, I am so happy we have these in the Philippines. Why go abroad, when I have yet to see the best places in the Philippines? 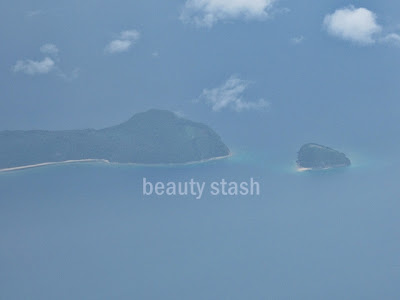 Then I realized we were roaming on top of these island for like four times already. Uh-oh, now I can really smell "CANCELLATION". And I am right, the pilot announced that we have to go back to Manila since the weather in Naga is unfavorable. Oh no, has this happened before? Am I on a deja vu? 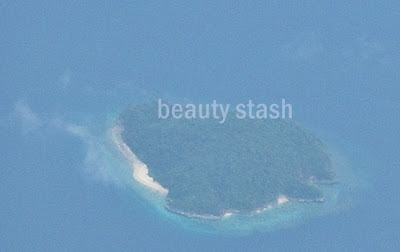 So we went back to Manila with no concrete explanation nor guidelines as to what to do next. We never hear anyone from Cebu Pacific say the flight is indeed cancel. Even the flight attendants said they do not know what's going to happen. Talking about customer service...Paging Cebu Pacific.
The shuttle brought us to the arrival area. Still no one from the airline was there to lead us where to. We just followed the other passengers. This led us to the arrival area, where Customs usually is during international flight arrivals, and they have a signage that says "Cancelled flights proceed to E11". So there, that says it all. Our flight was cancelled.
We went to the E11 counter and asked the ground attendant what are our choices. He said, "Re-schedule the flight tomorrow." Oh, as if that's a choice. I believe choices are made where you could choose between options. Here, I cannot see any other option than to "re-schedule" the flight the next day. I got irritated. I told him if can we join the last flight for the day or just re-route the ticket elsewhere (even if it's bound to Tuguegarao, believe me  I'll grab it! We need a vacation!). He said they can only re-reoute the ticket to the nearest destination, and that the nearest destination is Legazpi, whose flight was also cancelled. He also said that he can rebook our flight to the last Naga flight of the day but we have to run because it's boarding already. After he said that, he talked to someone over the radio and they were like grinning and having the time of their lives while we wait for our new boarding pass for a flight that was supposedly boarding already. Urgency apparently doesn't ring a bell to him. Okay, now I am really annoyed.
For one, I do not see the logic why airlines would only re-reoute your ticket to the nearest destination. Why would you push your passengers to the "nearest destination" when the weather in the original destination is unfavorable? Isn't it non-sense to do so because the weather in the "nearest" destination might be the same as the weather in the original destination? Think about typhoon diameter. I know that weather is something beyond the airline's control, but customer service is your call.
Number two, why would they tell us that the only option is to book the next day when the next thing they said is about re-booking it to the last flight of the day? Had I not ask about it, would they offer that option? I don't think so.
And lastly, why the hell would you consume your time talking to somebody on the radio with a not so urgent matter when in fact you have to attend to a more urgent matter? Remember, the flight you are giving us is "boarding" already.
So we ran to the boarding gate after we got our boarding passes only to find out that the plane hasn't arrived yet. And it follows that it is not yet time for boarding. GRRRRRR.
After how many minutes of waiting, we heard the boarding call and alas! We are going to Naga. 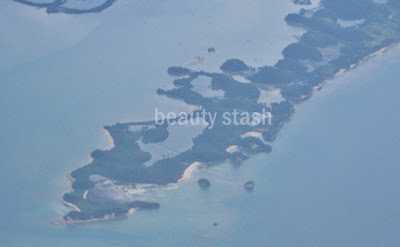 I took photos again aboard. And finally, the pilot said "Cabin crew, prepare for landing." Yahoooo!
I took photos of this mountain, thinking it was Mt. Mayon. I know I am wrong! It's Mt. Isarog. 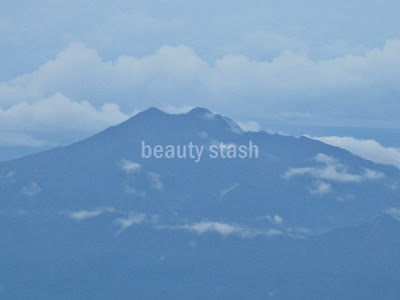 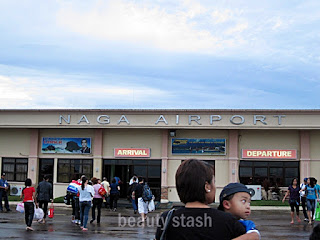 Upon arrival at the Naga Airport, taxis will call your attention and offer you a ride to the city. Taxis here are not metered. Fare is P250 up from airport to city. So we opt to ride the pedicab instead. This brought us to the main highway. Fare is P10-15, tell the driver ahead because when they know you are not from the place, they charge P20 up each. From the highway, ride a bus to Naga and tell the driver to drop you off at SM City Naga. The bus will actually have a pit stop at the terminal near SM City, so you could just walk to the mall. Fare is P10/pax. You can also alight at the Our Lady of Penafrancia Shrine before SM. 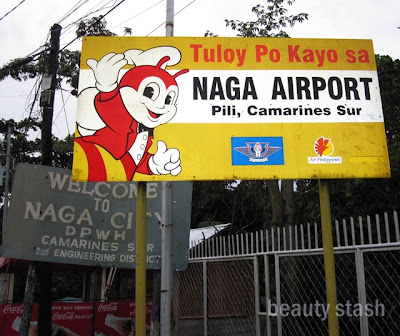