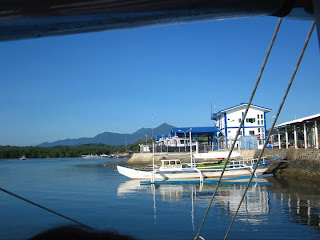 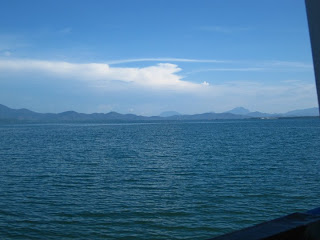 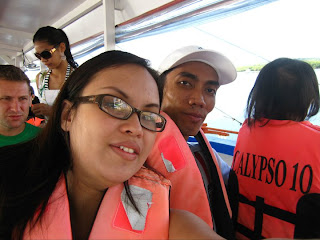 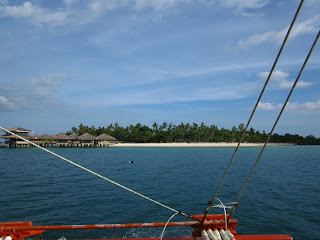 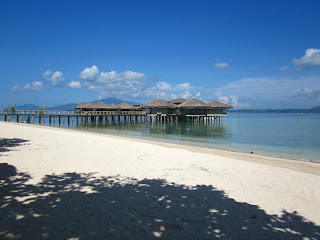 We had breakfast at 6:00 am so that we can be at the NCCC Mall, where the shuttle going to Dos Palmas is, at 6:45 am. The bus is set to leave at 7:00 am. We arrived just in time. We are the first to board the bus. We were like twenty persons onboard. We reached the Sta. Lourdes Wharf before 8 am. There awaits the boat that will take us to Dos Palmas. The boat is pretty much like the ones in Caticlan port. So the waves aren’t that much felt. But, as we started our journey, the boat stopped and the boatman said that the rope got entangled with the propeller. Good thing we are not far from the wharf yet. One of the boatmen took a kayak and asked help from the other boat on the wharf. After about 30 minutes later, the problem was solved and we were able to sail safe and sound. 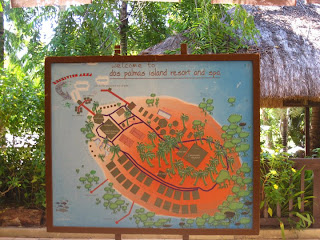 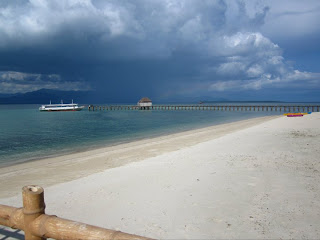 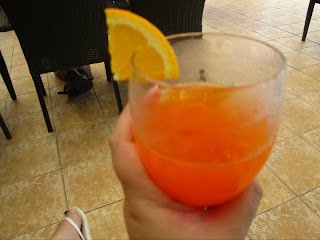 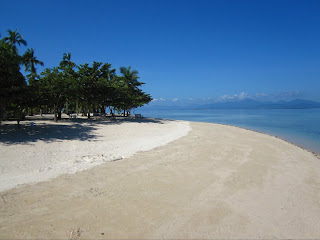 We arrived in Dos Palmas at little past 9:00 am, and we were welcomed by some people playing kumintang (a native musical instrument). We went to the gazebo for the short briefing where we were also served our welcome drinks (refreshing orange juice). Afterwards, we went to the sports center to get our locker keys and change our clothes. 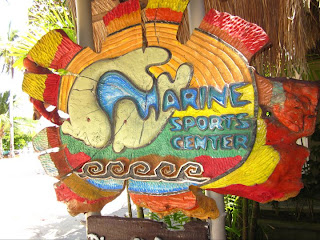 The water in Dos Palmas is so clear that I can even see fishes even if I am at the bridge connecting the bay cottages. The sand is white but not as fine as Boracay. I even had a few scratches on the knees because of some rough stones and shells on the shore. What I like most about Dos Palmas is that there are no big waves on its beach, which makes it child-friendly. My baby enjoyed playing along with her inflatable boat. Not so far from the shore we saw schools of fishes. My baby was so amazed about the fishes. 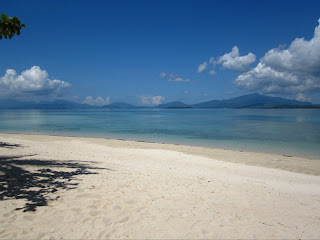 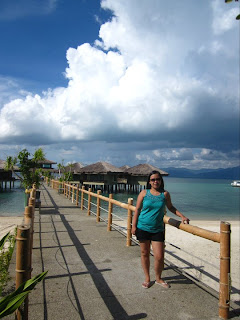 At 12 noon lunch was served already. There is a seat assignment that everyone has to follow. The lunch buffet includes shrimps on coconut cream sauce, lumpiang shanghai, grilled blue marlin, some veggies, a variety of salads and desserts and chicken tinola soup. The food for me is so-so, perhaps I was expecting more from this premiere resort. I was actually expecting more seafoods on the menu. One thing I noticed about the resort is that aside from our group who are on day tour, the rest of the guests are Koreans. Yes, Palawan, just like any other place in the Philippines is occupied by Koreans. 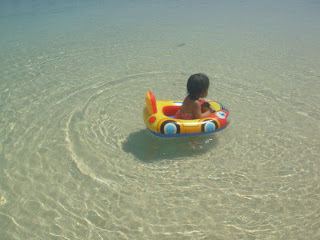 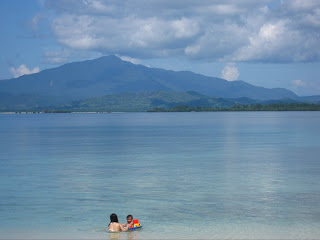 After lunch, we lounge at the shore while waiting for our boarding time. This place is so relaxing. It has the perfect blend of nature, serenity and exclusivity. You have the calm sea, the mountains on the backdrop and the calming breeze. Aside from the unfortunate incidents of Abu Sayaf kidnapping and Rico Yan’s death that made Dos Palmas infamous years ago, this place is totally a blast. At 3:30 pm, we boarded the boat and headed back to the wharf where the shuttle bus awaits us. We reached the pension house at about 5:30 pm. We took some rest and headed to Ka Lui, Puerto Princesa’s most famous restaurant, for dinner. This restaurant is always fully booked so make sure to have your reservation ahead of time. Ka Lui’s setup is like the typical bahay-kubo. Another interesting thing about Ka Lui is that you have to take off your shoes before going inside the restaurant. This is because Filipinos used to take off their shoes before entering somebody’s house as a sign of respect. I remember in the province where I grew up, this is still being practiced especially in the barrios. 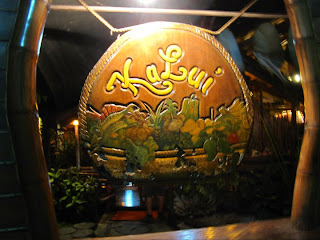 I ordered spicy crabs, halabos na hipon and manggang hilaw with bagoong. The crabs are bigger than the ones in Bilao’t Palayok. It is not that spicy so I guess I have high tolerance for spicy foods. Overall, I think it is worth trying Ka Lui if it is your first time in Palawan, but there are lots of restaurants available for you to explore Palawan’s culinary specialties. Our food comes with a free dessert (fruits in coconut shell). 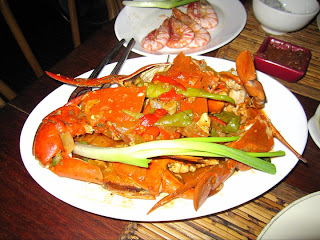 After dinner, we called it a night and took some sleep. Next day would be our Honda Bay island hopping.
For more photos, click here