I almost thought that this trip is going to be ruined (yeah, Seair almost made me think that way). Imagine our original flight was at 6am on September 30 via Seair. Then somebody called and told us that our flight was moved to 12:45pm. WTF! The reason why we chose the 6am flight is for us to maximize our long awaited vacation. Now, its half day down the drain already. And they did not stopped there. Another email was sent to me the day before our departure date saying that again, our flights are moved to 3:30 pm. This annoyed me too much so I immediately emailed them complaining about the situation. I even posted a comment in their facebook account. After several hours, somebody called me saying our flights was now at 1:00 pm. I nevertheless agreed because I have no choice.

The next day, we went to the airport at around 11am. I haven't seen the Old Domestic Airport in like 2 years. So many changes have been made, for the better of course. What I like most about the new airport is that they have a Children's Lounge where Akisha and her dad stayed before boarding. 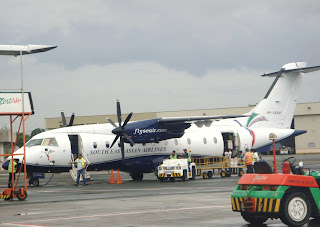 Then there arrived our plane, a Dornier 32, a small plane that claims to have the fastest flight to Boracay. I am really nervous because I am really afraid of small, propeller planes. I only rode a propeller twice in my life, one is a plane to Caticlan and another is a plane from Davao to Zamboanga, both Cebu Pacific. And both experiences are scary because both flights were bumpy. 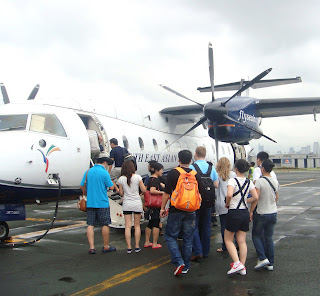 When we already boarded the plane and the flight attendant had finished demonstrating its safety features, the pilot announced that we should deplane again because the plane isn't working. I rolled my eyes in disappointment. But what can I do, I am trapped in this "junk plane", as the girl sitting in my back called it. 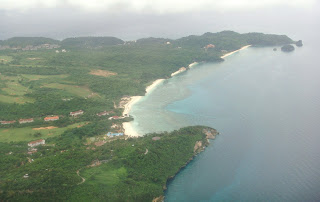 So finally, we boarded the new plane at around 1:45pm. True to its tagline, Seair is really the fastest flight to Boracay, that is if you deduct the waiting time. What i like about seair on the contrary is that the flight is so smooth, never bumpy and I never felt that I am on a propeller plane just like Cebu Pacific's. And they also offer free transfers from Caticlan airport to Boracay. 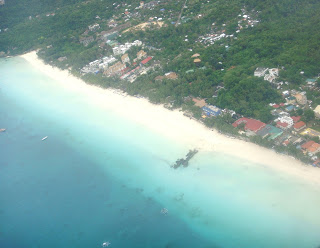 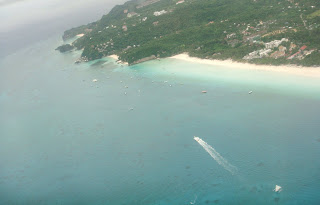 We reached Boracay a little before 3pm. I texted Ms. Cris of Tans Guesthouse when we are already riding a tricycle to Budget Mart in Station 2. Their staff, Lando fetched us from Budget Mart and led us to Namaste F2 room of Tans Guesthouse. It is at the back of Island Souvernirs (the one facing the beach). 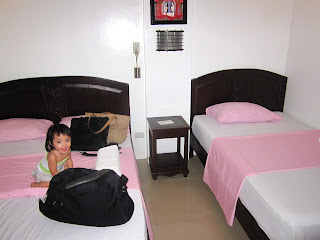 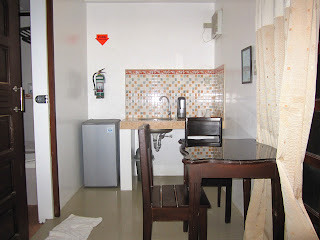 The room is exactly what is in the website. New, spacious and best of all, a few tumble away from the beach! And for its rate (Php 1998, off-peak promo), the place is really worth it.

It has a fridge, 2 beds, a cabinet, a bath tub, a safety deposit box, a sink and hot and cold shower.

After putting our stuff in the room, we went out to have lunch (yes, super late lunch). We headed to Mang Inasal because we are really starving and we want RICE! So I ordered 2 Pecho and 1 Pork Sisig. We ate like crazy! even my Akisha ate lots of rice with chicken oil! She must be too hungry too like us. Total bill is Php 388 (pig out mode). 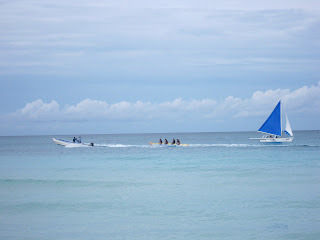 We went back to our room to change into our swimming outfits because we figured we wanted to have dip on the beach. Boracay is more crowded than two years ago. but now, it is crowded with Koreans! It is like I am in Korea and not Boracay. 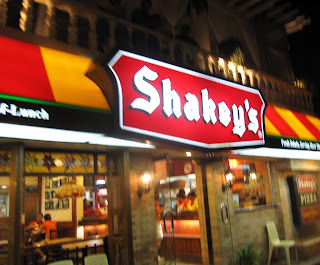 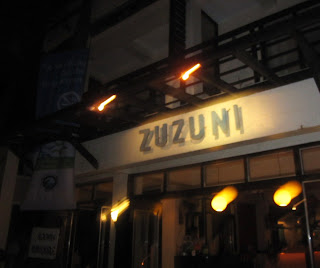 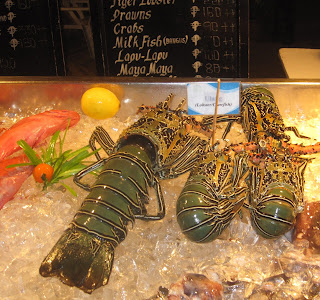 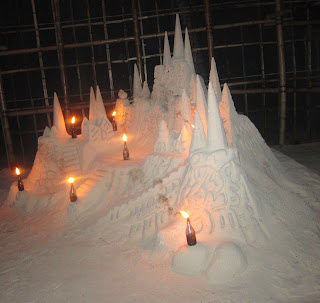 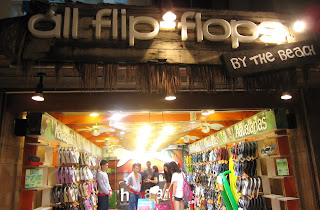 After swimming, we walked along station 2 to see what's new in Boracay. There we saw a Havaiannas store, a Yellow Cab, a Starbucks and Shakeys and Zuzuni (ala Cyma) along the beach! As usual, there are lots of people who will offer you island hopping services, massage, etc. I decided I want a massage. I came across Ate Marebel (you may reach her at 09995998512 or 09482020569). She offers the cheapest massage service on Station 2 which is priced at Php 250/hour. She used to work at the second floor of Tans Guesthouse (where Haplos Spa is). The massage is really relaxing (I love hard massages). I am really satisfied with Ate Marebel's service and would recommend her to all of you.

After the massage, we had a few cans of beer and then slept, preparing for tomorrow's activities.