I Left My Heart and Soul in Batanes (Part 4: Chasing Sunset and Indulging in Authentic Ivatan Cuisine, Vunong-Style) 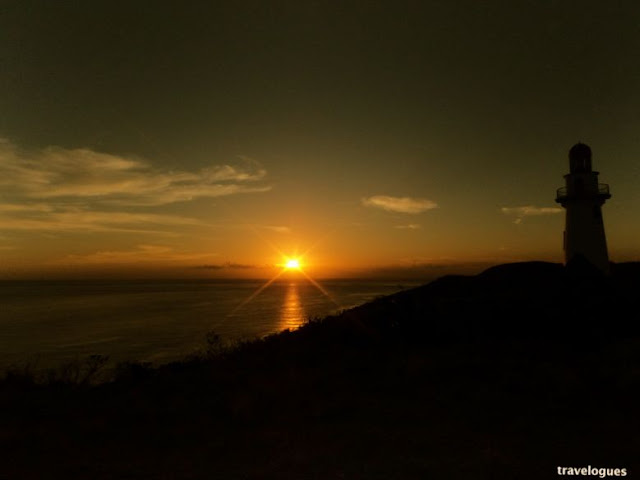 It's no secret that sunsets fascinate me big time. I find it very dramatic and soulful...something that is worth falling in love with over and over again. Sunsets make any foreground an inseparable part of the entire picture, and thus, making the shadows contribute to the whole drama.

During our Batanes trip, I made sure to capture each and every sunrise and sunset, of which, my favorite is the one taken from the iconic Naidi Hills.

Tired and a bit exhausted (but I am not complaining) after our Sabtang and Vuhus Island trip, we arrived in Basco at around 2:00 pm. This allowed us to take a nap before we finally proceed to Naidi Hills at around 5:30 pm to wait for the sunset. Our guide, Ryan Cardona of BISUMI Tours and Services, arranged our transportation to and from Naidi, as well as to our dinner venue later that night at Vunong Dinette. The tricycle waited for us at the Naidi Hills and onto the dinner venue.

The sun was still up and a bit scorching when we arrived at the Naidi Lighthouse. By this time, tourists and photographers were already there, trying to find the perfect vantage point for the much awaited sunset. Us, clueless, we circled the entire lighthouse ourselves, but to no avail, we couldn't find the right angle. It's a good thing though that Ryan sent me a message saying that there's a sort of "gate" right where we were, which would lead to another hill facing the lighthouse, the sun, and the sea. We checked it out and lo and behold, the view from that spot was priceless! We sat on the grass while waiting for the sun to set.

The location where the lighthouse is is also the site of the American period telegraph facilities that connected Batanes with the central government until it was destroyed by the Japanese Imperial Army bombings at the start of World War II. A few of the structures survived, though not functional, to this date.

While waiting for the magical hour, we took the chance to capture snapshots of the Basco, as well as the port and beautiful coves nearby. Batanes is adorable wherever you look at...Every angle is a delight to the eyes.


And when the magical hour came, we couldn't help but be mesmerized by the dramatic descent of the sun into the sea, its vibrant hues of orange and blue colliding like watercolors splashed onto the sky, with a silhouette of the lighthouse standing nicely on the foreground.

After sunset, the driver brought us to Vunong Dinette, a house-turned-diner in the town of Basco. Ryan  recommended the place so we can sample authentic Ivatan cuisine. Vunong is a traditional Ivatan meal wrapped in leaves and is usually given to special guests (i.e. a wedding's principal sponsors, guest of honour, etc.) in major occasions. It is a way of sharing their food to the persons that matter to them most. During the week-long Batanes Day celebration, the organizers usually give out vunongs to the locals and tourists, not only as a way of sharing their food, but also a way of thanksgiving.

Vunong Dinette strictly accommodates those with reservations only. No walk-ins are allowed. This is to keep the quality of the meals served so that the guests can better appreciate Ivatan cuisine. A set dinner here costs Php 300 per person. Should you wish to make a reservation, you may coordinate with Ryan Cardona of BISUMI Tours and Services. Vunong Dinette serves lunch and dinner but I highly recommend that you go here at dinnertime so you can enjoy the warm ambience.

At Vunong Dinette, the meal starts with a warm bowl of traditional beef soup, which features clear broth, beef strips, chives, and seaweeds--a perfect way to tease your palate and prepare you for the feast ahead!

Then, a tray of vunongs beautifully wrapped in leaves and tied in dried flattened reeds come next. Each set has two vunongs: one contains the viands, and another, the supas or turmeric rice. The  viands include uved balls (ground pork and banana blossom), lunis (Ivatan dry pork adobo), Ivatan bistek (martinated beef), and seared fish. The serving is huge and filling!
The host also gave a brief background about vunong, as well as some trivia as to the origin of the viands like uved and lunis. She also mentioned that they use orgamic grass-fed pork and beefmost of the times.
A side dish of fern salad and a dessert of camote fries were also served. Fern and rootcrops are abundant in Batanes.

We left Vunmong Dinette with happy tummies and a lot of new learnings about Ivatan cuisine. How I wish they have a cooking class like in Chiang Mai! It would be fun and interesting to learn how to cook Ivatan meals!

On your visit to Batanes, make sure to experience having a vunong dinner for that authentic Ivatan cuisine experience. The diner may be tucked in a secluded place but it is worth checking out! Oh, and did I mention I was so addicted to Vunong Dinette's turmeric rice that I hoarded turmeric powder on our last day on the island? 😍