More than being a famous surfing destination, Aurora is also rich in natural wonders like picturesque waterfalls, rock formations,  and beach coves that dot the entire province. No wonder, the it has become popular to local and foreign tourists alike.

While Baler is the most famous town in Aurora, its neighboring towns of Maria Aurora and San Luis are a close match.

It is no doubt that Aurora is one of my favorite destinations in the northern part of the Philippines because of its raw beauty and laid-back feel. It is also near my hometown, the province of Nueva Ecija. Last December, I went back to Baler and its neighboring towns with my entire family as I wanted to show them the spectacular sites of this unassuming place.

Where we stayed in Baler:

Unlike my first and second visits to Baler, we did not stay at the famous Costa Pacifica Resort this time. Not only it is full, its rates during peak season are too steep for us. We ended up staying at AMCO Diguisit Lodge, a beachfront property right on Diguisit beach where the rock formations and the mini falls are. It is far from the adrenaline-packed Sabang Beach where Costa Pacifica Resort is.

AMCO Diguisit Lodge offers a variety of accommodations ranging from small fan rooms with shared bathrooms to airconditioned dormitory units that can fit up to 12 people. We stayed in one of the dormitory units which features five bunk beds (two of which have double-sized bottom beds) and a kitchen equipped with a refrigerator, stove, microwave, rice cooker, and utensils. It also has two bathrooms, one of which has hot and cold shower. The rate for the dormitory unit on a peak season is Php 7000 per night. Check in time is 12:00 nn and check out time is 2:00 pm.

The resort has a pool and ample parking spaces for those who are bringing their own cars. Honestly, the resort is definitely not at par with Costa Pacifica Resort in terms of facilities, interior design and cleanliness of the common areas but the dormitory units are new and are pretty much well-maintained. For its price, its fair enough.

Although, if you are not bringing your own car, you might find it taxing to go to and from the town proper where restaurants and other historical sites are. Not only that, tricycle rides might be more expensive since Diguisit beach is about 20 minutes away from the town proper.

The only consolation you'll get from this resort is that you are half way near the majestic Dicasalarin Cove and you are a few steps away from the rock formations and the mini falls. Sunrise is also a great view here so expect photographers flocking this side of town during early mornings.

We started our Aurora escapade by checking out what for me is the best attraction in Aurora -- the Dicasalarin Cove. It is a private cove owned by the Angaras that boasts beautiful rock formations, a lighthouse by the architect Ed Calma, an expansive off-white beach, and an artists' village.

For day tours, guests are required to register at Costa Pacifica Resort in Sabang Beach. This resort is also owned by the same family. If you bare a guest at Costa Pacifica, day tour rate to Dicasalarin is Php 100 per person. Non in-house guests' day tour rate is Php 300 per person. You have to have your own car to go here. Tricycles may not be able to manuever the steep and winding road to the cove.

I also saw this tarpaulin at the entrance of Dicasalarin Cove. Looks like they are starting to allow overnight guests?

During the amihan or northeast monsoon season (November to February), the waves in Aurora are too strong (thus, swells are perfect for surfing). Swimming, however is dangerous since the currents can be unpredictable. I actually like Dicasalarin Cove during the habagat or southwest monsoon season as the water is calmer and appears to be bluer. 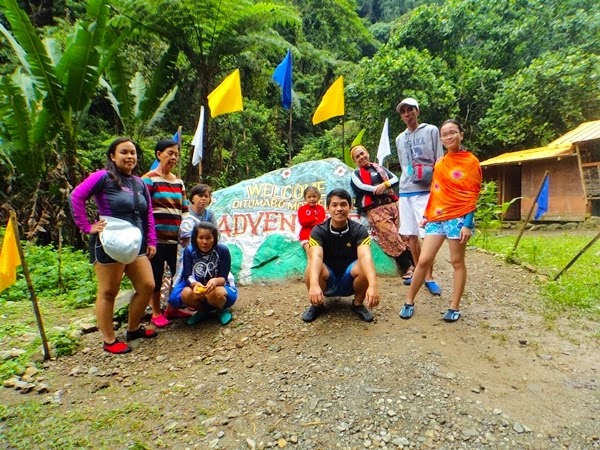 On our second day in Aurora, we went to the mother falls, also known as Ditumabo Falls. It is in the town of San Luis and is about 30-45 minutes from AMCO Diguisit Lodge.

On off peak dates, private cars are allowed until the start of the trail to the falls. However, during our visit in December, we were told that our van cannot go up to the start of the trail and that we have to park and rent a tricycle for Php 200 per roundtrip. I can smell a bit of highway robbery in there. It was my second time there and I know for a fact that vans are allowed all the way up. Oh well, didn't argue anymore...in the spirit of the holidays.

So, we ended up renting a tricycle at Php 200 which can fit up to four people. We also got a tour guide (his name is Ben, +63928.598.8520) for Php 300. The trike ride took about 15 minutes on rough, hilly paths, while the trek to the falls took 45 minutes, passing through hills, rocks, and rivers of up to waist level. I remember during my first trip to the falls, the river was up to half of our legs only,so it was quite surprising for me when we saw that the river was roaring at waist level! It was one hell of a challenge considering we have senior citizens and a toddler with us, but it was fun nonetheless.

Historical Trail
Before leaving Baler, we went around town for the last time to trace what they call the historical trail. We started at the symbolic Baler church where Spaniards are said to have been housed during the Spanish colonial days.

We also went to the Museo de Baler but it was already closed during that time. 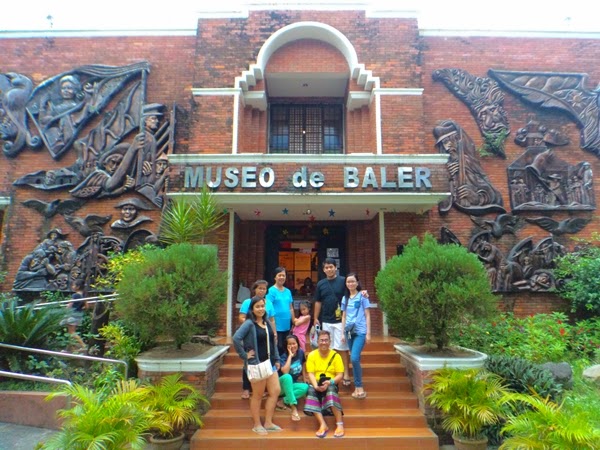 Baler is famous for cheap culinary finds. One of the most famous restaurants there is Gerry Shan's where you can have buffet meals for Php 199 per head only. This already includes bottomless iced tea!

The food at Gerry Shan's is similar to those that you would usually see in barrio fiestas--lots of meat viands like sisig, grilled pork, fried chicken, spicy squid, grilled fish, bulalo, sinigang, kare-kare, and a lot more. There's about 15-20 viands available.

Just beside Gerry Shan's is Yolly's, a grill and seafood restaurant. Which also offers delectable dishes at reasonable prices.


In front of Gerry Shan's and Yolly's is Alfonso's where you can have hearty snacks like pizza and ice cream. 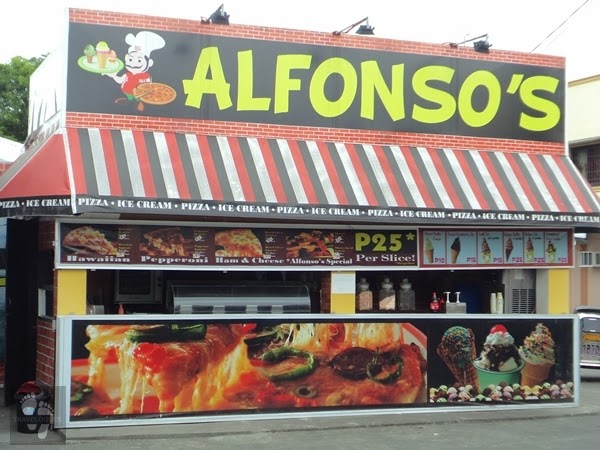 No Aurora trip is complete without grabbing some Nanay Pacing's peanut butter and coco jam. These pair well with suman de Baler (sticky mountain rice wrapped in coconut leaves). The store is just near the bus station at the town proper. Who knows, you might even bump into Nanay Pacing herself just like us!