Tacloban is not only about the fabled San Juanico Bridge and the historic McArthur Park. Here, gastronomic finds for all markets abound. Seafood, ribs, lechon, name it, Tacloban has it! So to guide you on your visit to Leyte's capital city, here is a rundown of restaurants that we had tried last month:

This hole-in-the-wall restaurant boasts a variety of Mexican dishes that will definitely tickle your palate. I've read this on my friend's blog (http://www.lakwatsero.com/spots/me-gusta-sunzibar-tacloban/) while trying to look for a place to eat lunch upon arrival at Hotel XYZ. I searched Google Maps and it turned out it was just walking distance from our hotel.

From Angel's blog, he was going crazy about the Sunzibar Rum Ribs, so when we went inside the restaurant, we didn't have a hard time selecting from their wide array of gastronomic offerings.

The no-fuss restaurant is small but table turnover is relatively fast! It was 2:00 pm that time but there were still groups and pairs having their lunch here.

The menu has your old-time favourites like ribs, steaks, tacos, pasta, and a lot more. 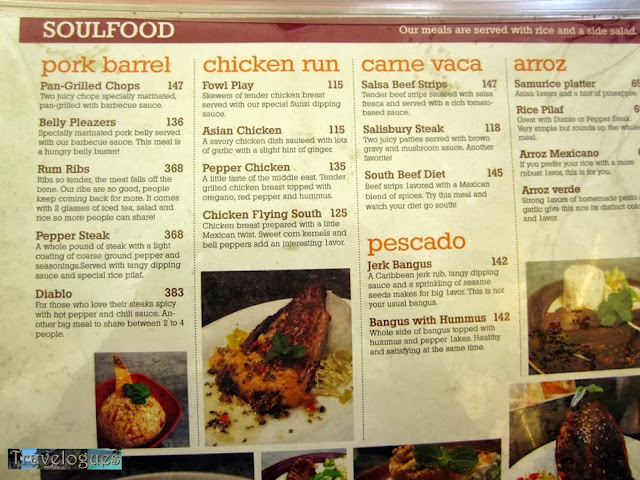 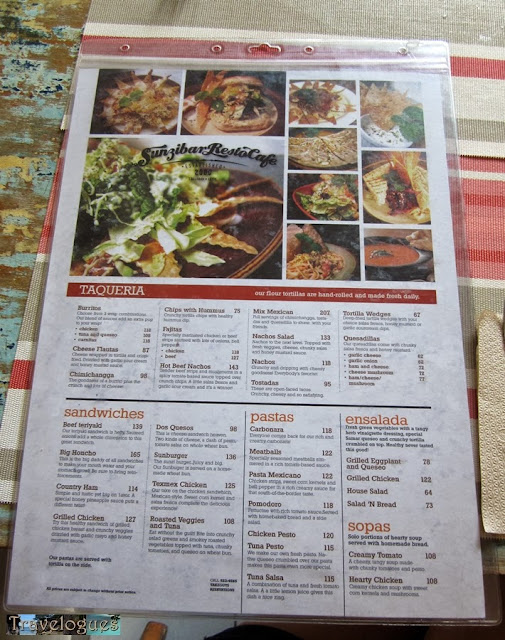 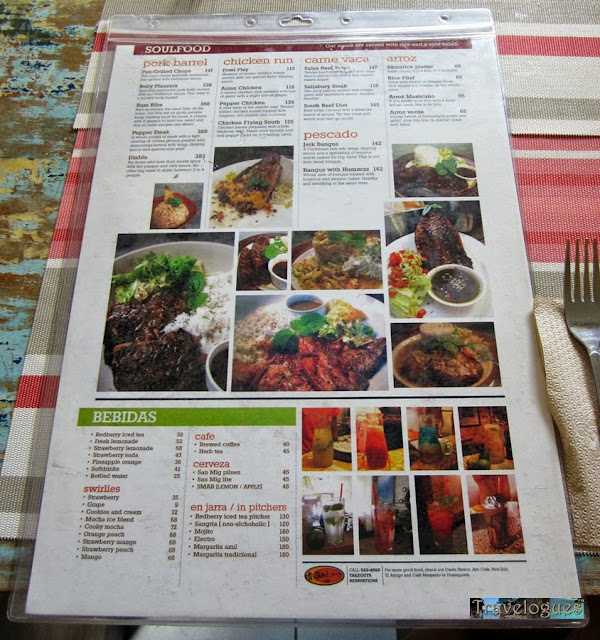 For a group of three, we ordered cheese and mushroom quesadillas, rum ribs and an extra order of rice pilaf.
The Cheese and Mushroom Quesadillas may not be that special taste-wise, but it's a good and light starter. If you're a group of three, I suggest you get another appetizer to combine with this.

The rum ribs is heaven!!! True to its description on the menu, its fall-off-the-bone meat is to die for. The sauce is on the sweet side though, so if you're like me who likes it with a dash of freshly-ground pepper, then go ahead! The serving is good for two people and it already comes with two glasses of their signature redberry iced tea. But, the rib sauce is not refillable, and an extra order costs Php 30.

Comparing this rum ribs to Casa Verde's and Hawaiian Bar-B-Que, it ranks number three (number one being the latter and the second one the former).

Service needs a bit of improvement though.

Going to Tacloban is not and will not be complete without eating at the famous Ocho Seafood and Grill. If Puerto Princesa has Ka Lui and Baguio has Cafe by the Ruins, Tacloban has this seafood haven along Senator Enage Street just a few blocks away from Hotel XYZ.

Ocho Seafood and Grill is a typical paluto restaurant that allows you to choose the seafood (meat and veggies are also available) that you want and they'll cook it the way you want it. Since we were in the Visayas, we figured out we wanted to indulge in scallops!

The baked garlic scallops is my personal favorite among the food that we had ordered. You can never go wrong with the soft and juicy scallops bathed in tangy garlic.

The ensaladang lato on the other hand is hubby's favourite. For the first time, he was able to try it with julienned ginger and he loves it.

One of Ocho Seafood and Grill's specialty is adobong sarad. Slowly cooked in vinegar, soy sauce, garlic and loads of pepper, this dish will definitely ignite your taste buds. A bit spicy but  it was a perfect match to ice-cold beer.

When in Visayas, eating sinugba (grilled) dishes is a must. My favourite is the grilled chorizo. Would you believe that we ate this one paired with puso (rice wrapped in banana leaves) in Bantayan (Cebu) for three days? That's how much I love it. So, when we learned that they also serve it at Ocho Seafood and Grill, we were more than delighted!

Another star of the table, the chili garlic prawns, is one hot to-die for dish here. The perfectly battered prawns and the melange of flavours on its sauce are more than reasons to take your breath away. Caution: you need lots of rice here!

The inihaw na buntot ng tuna is also succulent and flavourful, but I still love my tuna raw, say sashimi or kinilaw (ceviche).

The Visayas region is known for serving the best lechon in the Philippines that even the iconic Anthony Bourdain said "it tastes like candy" (referring to Cebu Lechon). What most people didn't know is that Leyte has its own version of this sinful yet well-loved whole roast pork. We were supposed to have brunch at Leychon where the supposedly "best lechon in Leyte" is but it was still closed and we were already starving.

From the controversial Sto. Nino Shrine of the Romualdezes, Leychon, along with other local lechon stalls, is located just a few meters away. You'll past by a Jollibee until you reach the series of lechon stalls.

If you're looking for something to munch on at the wee hours of the night (read: after drinking sesh), then go to Zilog, a 24-hour diner in downtown Tacloban.


So what can we eat at Zilog? All kinds of silogs ("si" for sinangag or garlic fried rice, and "log" for itlog or egg). Since we just came from Biliran and we've been eating like a local for three days, I figured I wanted to have some bacon and eggs, so I got baconsilog (bacon + sinangag + itlog). Hubby got bulalo (beef shank soup). Price is very affordable and the serving is just right.

Next time, will try to explore more restos around Tacloban. I heard Giuseppe's is good? Let's see in Feb!