Misibis Bay Resort and Casino is a luxury island playground nestled off the the southern tip of Cagraray Island in Bacacay, Albay. On its eastern side are the islands of Agutaya, Batan and Rapu-Rapu, and further northeast is Catanduanes. It is surrounded by the Albay Gulf and the Sula Channel.

How to go there:

By Air (via Legazpi)
Take a direct 50-minute flight from Manila to Legazpi. Local carriers such as Cebu Pacific and Philippine Airlines have several flights to Legazpi daily. From Legazpi airport, Cagraray Island can be reached via a scenic one-hour drive, passing through the town of Sto. Domingo - the black beach capital of Albay. Heading straight will lead you to the newly-built Sula Bridge, crossing over the Sula Channel.

By Air (via Naga)
Though it is not the fastest way to Misibis Bay, you may also reach the resort via taking a direct flight from Manila to Naga. From Naga, Legazpi is about two hours away by car or public transportation. From Legazpi, continue driving to the towns of Sto. Domingo and Bacacay, and cross the Sula Bridge.

By Land (via Legazpi)
Should you wish to embark on a road trip, Legazpi City is about 10 hours drive away from Manila. There are also buses that ply this route, but travel time can be longer, reaching about 12 hours. There are also buses that go straight to Sto. Domingo. If you're driving your own car, please follow the instruction on the maps below. These are Misibis Bay Resort and Casino's official website. 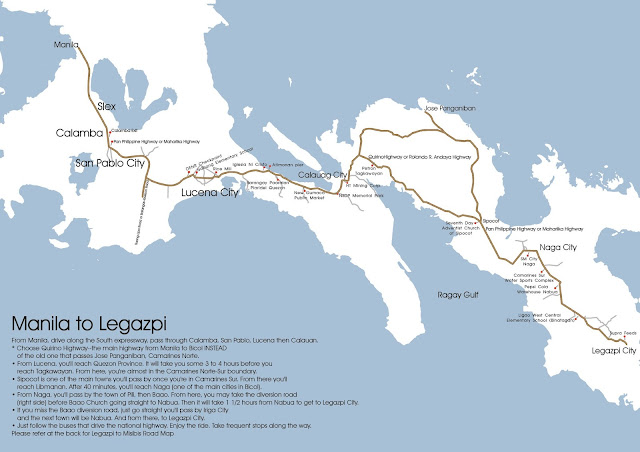 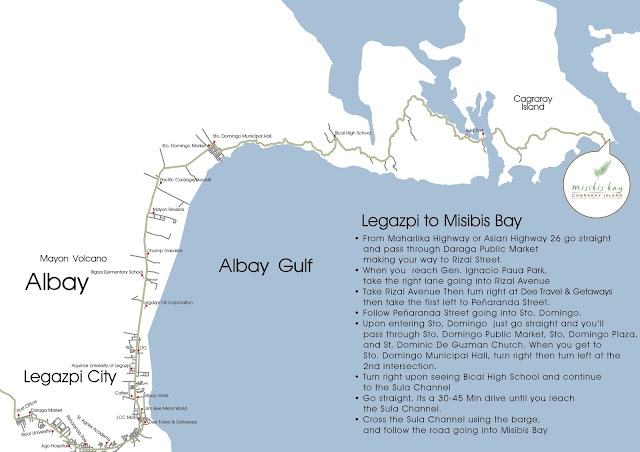 Our flight left Manila at 7:50 and we arrived less than an hour later at the Legazpi Airport. It's one of the small airports in the Philippines, joining the league of Tagbilaran, Masbate, Ozamiz, etc. It was raining when we arrived so the famous Mayon volcano didn't show up that much.


Tip: If you want to have a beautiful vista of the Mayon volcano, request for a seat in the F row (when coming from Manila) and a seat on the A row if coming from Legazpi back to Manila. Make sure you won't be seated further in the middle where the wings are. I usually get a seat in the 5th or 6th line.

Although, whenever I am in the Bicol region, never was I given a chance to see Mt. Mayon in its full, perfect cone figure. There's always cloud all over her. =(


When we arrived, the airport representative was already waiting for us, waving a signage that says the name of the resort. He got our luggage and led us to a private van which would tour us around the city before bringing us to Misibis Bay Resort and Casino. It's the most convenient way to go to Misibis. Via a private car, Cagraray Island is just less than an hour away. 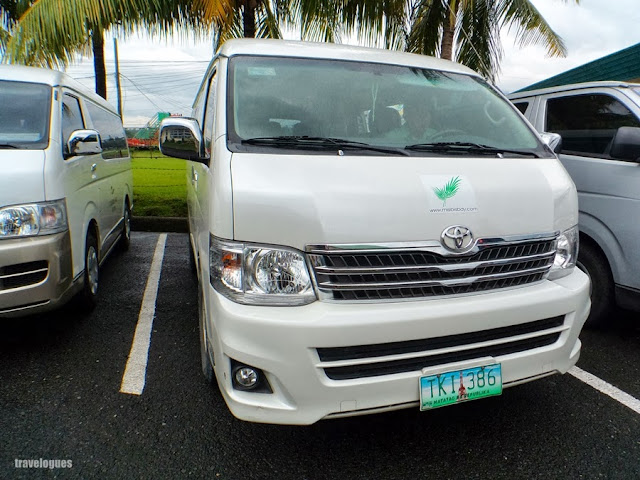 When we finished our city tour, our guide we were heading to the resort already and offered us some cookies and bottled water onboard. We passed by the scenic town of Sto. Domingo (where a series of black beaches line the coastal town). We're surprised to know that we need not transfer to a boat anymore because the bridge was already finished. Back in 2008, we used to ride the barge to cross the Sula Channel, but gladly, this isn't the case anymore. It's better because the travel time became faster and more convenient.


Upon arrival at the resort, we were warmly welcomed by the resort's representatives with Ibalong dance, an upbeat performance that tells the story of Ibalong, the epic of Bicolandia. the epic is about three heroes namely Baltog, Handyong and Bantong, who fought against several mystical elements. Ibalong is also the old name of Bicol.


We were then led to the beautiful reception area where a staff gave us a short briefing about the resort. A guest services officer also gave us a proposed itinerary for the duration of our stay. Check in was very efficient and smooth.

While waiting for the staff who would bring us to our villa, we were served with refreshing welcome drinks and crunchy crackers. The reception area has huge glass windows that let natural light come in. There's a koi pond on the sides that makes the view more striking. 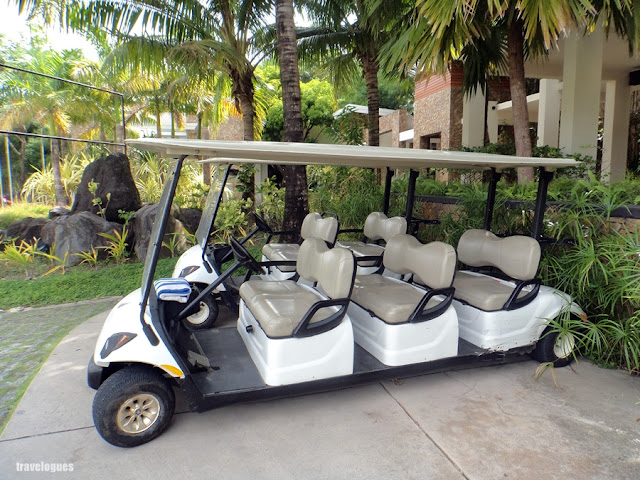 After filling out the forms and confirming the itinerary with the guest services officer, a staff led us to a golf cart ready to transport us to our villa. It was a short and swift ride from the reception to our villa actually.