Because of the delayed/cancelled whatever you call that flight, we arrived in Naga City a little before 6:00 pm. So, we weren't able to go to CWC as originally planned.
We checked in at the Golden Leaf Hotel, where I booked a double room for Php600 a night. The website says the hotel is walking distance from SM Naga and the bus terminal. The distance though is like from Paseo Ave. in Makati City to the Ayala MRT station. So if you have heavy baggage or doesn't want to walk that far, hire a tricycle and it will take you to the hotel at Php 8/pax. 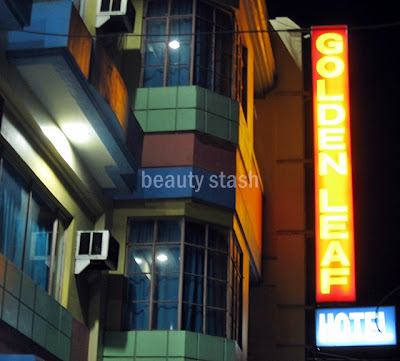 The hotel has very basic amenities. At Php600, do not expect duvet blankets and a pillow bar. The double room has obviously a double bed, a TV that's mounted on the wall (I am almost convinced we were in a hospital), a dinning table and 2 monoblock chairs. The room is airconditioned though, so for Php600, I guess it's worth it. Anyways, we just slept a night here. 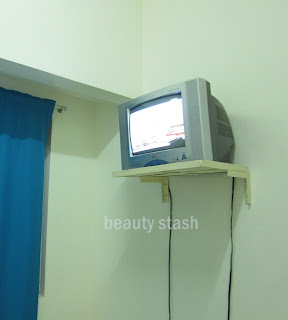 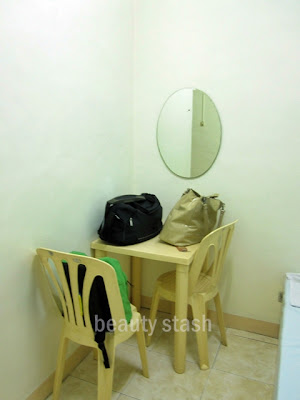 The bathroom has provision for hot water but we couldn't figure out how to operate it so we just dealt with a cold morning shower instead.
After leaving our stuff at the hotel, we hired a tricycle to go back to SM Naga. Actually, we were still entertaining the idea of going to CWC but was told that public transpo there is until 9pm only and that I could be difficult for us to go back once we missed the last trip to the city center. 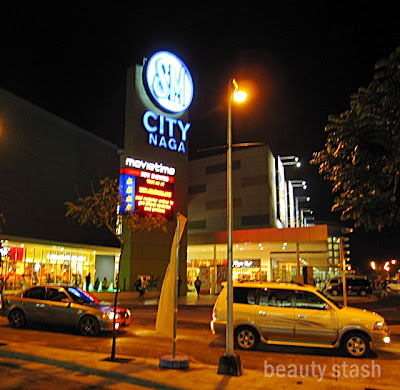 As we were so hungry because our first flight was supposedly at 12:00 nn, and Cebu Pacific did not even bother to give us something to eat while guessing whether will be able to fly for the day, we went straight to the food court to have dinner. We were clueless where to eat so we just watched the food stations and see which one has the most number of customers. It turned out it was GEEWAN. So we browse at their offerings and binggo! We saw Bicol Express! 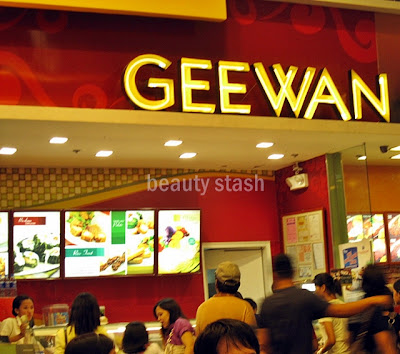 Here's GEEWAN's Bicol Express. Do not underestimate this dish,as you may find its serving too small. But this one is terrible! It's spicy to the max! Now I believe what my friends told me that in Bicol, Bicol Express is a chili stew with a bit of pork, not the other way around, as what it is in Manila. This one gets a double thumbs up from me. 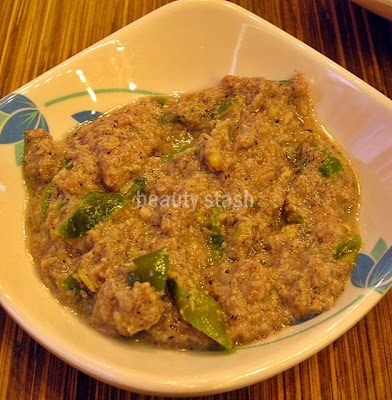 Hubby ordered Dinuguan and puto. For one, this is the only time I saw Dinuguan with "colored/flavored" puto on the side, as it is usually Putong Puti that comes with this Pinoy delicacy. And two, this is also the first time I tried Dinuguan with Gata! It's yummy! Later that evening, I saw myself digging into his bowl than my bowl of Bicol Express. LOL 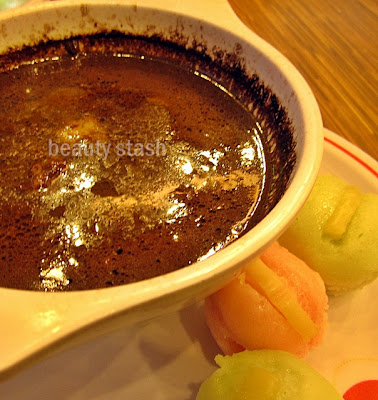 We also ordered Lechon Kawali to match the 2 dishes. Nothing special but it goes well with both the dishes. And take note, we ordered rice for 3 pax. =) 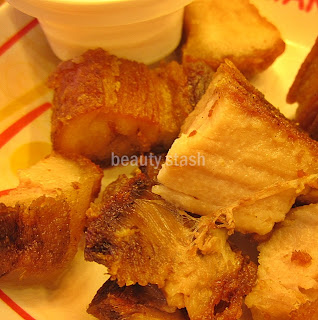 After eating dinner, we went back to the hotel and realized that we cannot do a thing in there so we decided to go out again and have a walk around the city. We came across this church in the plaza, where you can also find Bigg's Diner, Mc Do and Starview Hotel. 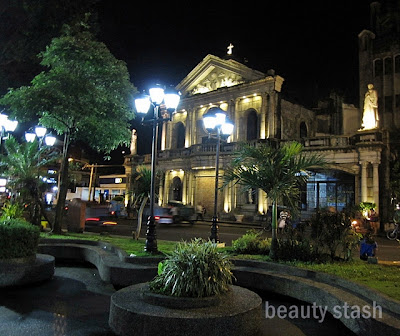 Here's the statue at the plaza. 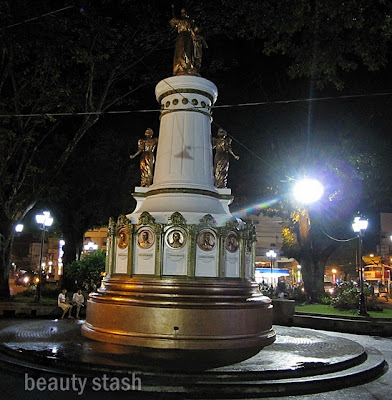 Then we saw Bigg's Diner and told hubby I want to eat dessert. So we went in and saw for ourselves the reason why many people recommends this place. 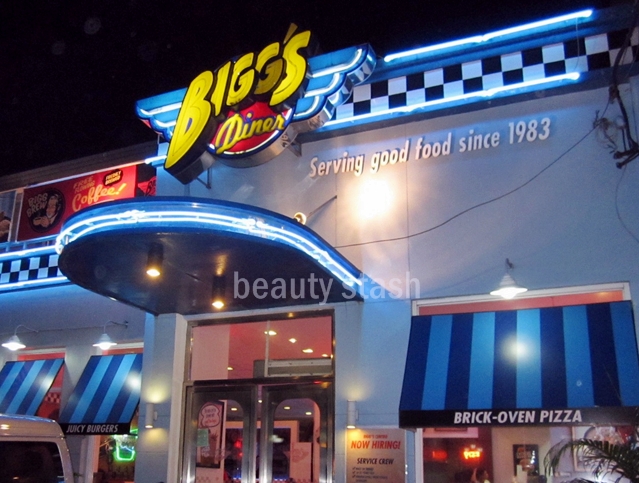 The setting is very London-ish. It also looks like FRIDAYs. It was a bit late already but the diner is still ooozzzzinggg with customers. 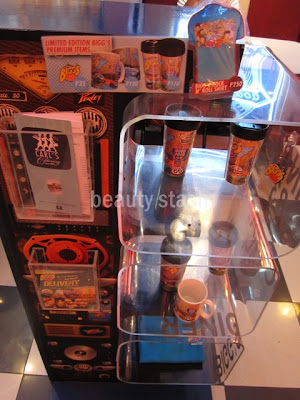 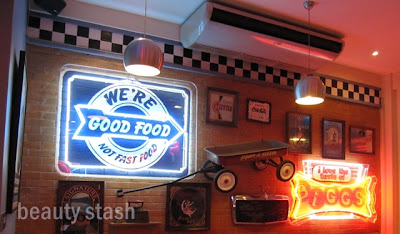 When I went near the counter, I immediately saw a row of ramekins containing what appeared like chocolate souffle. I told myself, aha! Molten Chocolate Cake! I immediately ordered 2, ala mode. I also saw their wide range of offerings and promised myself I will definitely go back to try their chicken and burger. Looks so yummy! 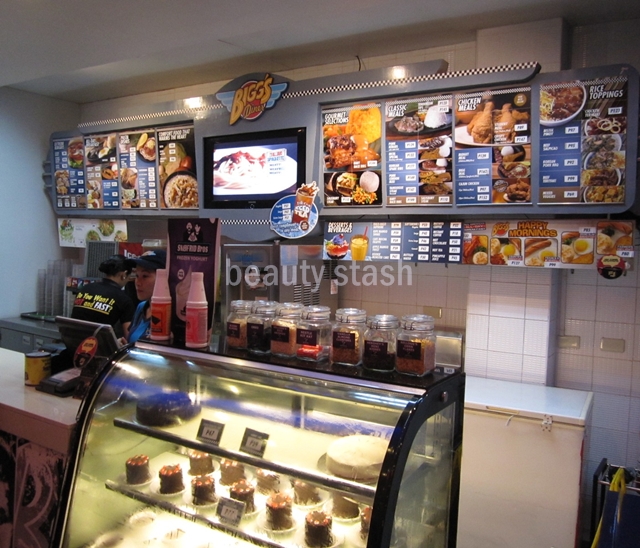 This one is so cute! 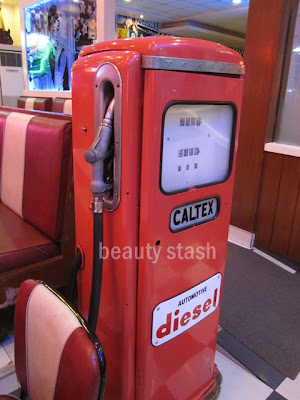 And this is my favorite piece inside Bigg's Diner, a very huge Audrey Hepburn's glass panel. So nostalgic! 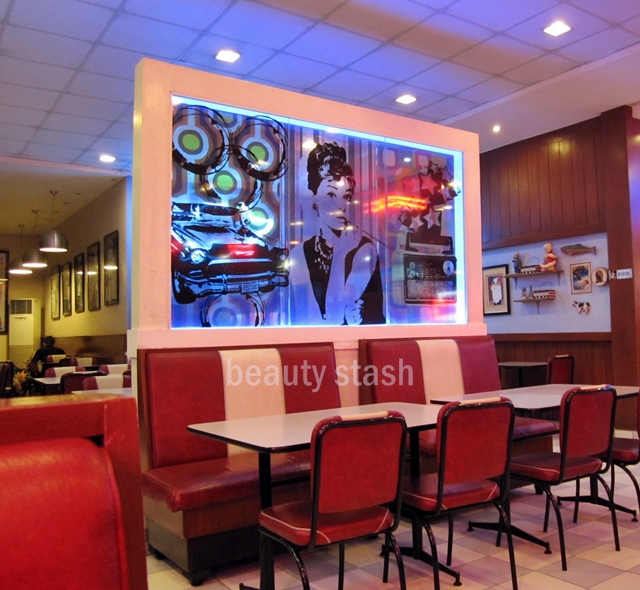 I wonder why there is no Bigg's Diner in Manila? Or is there? 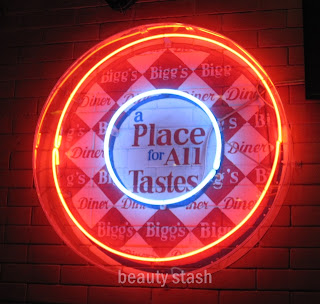 Here's my Molten Chocolate Cake ala mode. The outer part is crispy why the inner part is rich, chewy and chocolatey! It's a bit heavy but I finished this one. Though it is not at par with Purple Oven's and NYORk's Choco Lava cake, it is one thing you should try when you go to Naga. 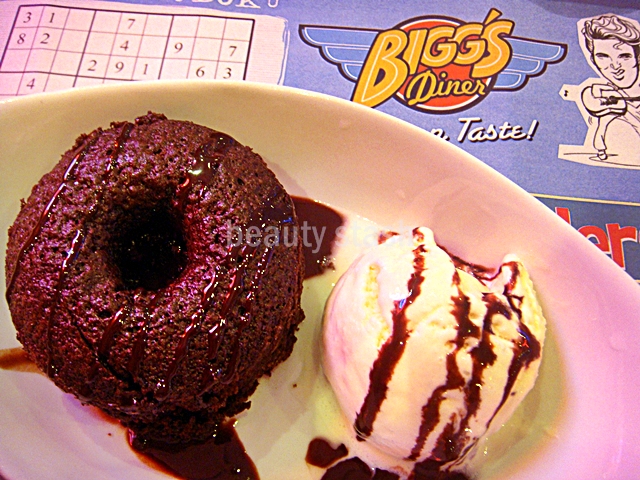 After having that yummy dessert, we went back to the hotel to sleep early, getting ready for the next day's adventure - Caramoan, here we come!
Labels: Bigg's Diner Camarines Sur Choco Lava Cake GEEWAN Golden Leaf Hotel Naga